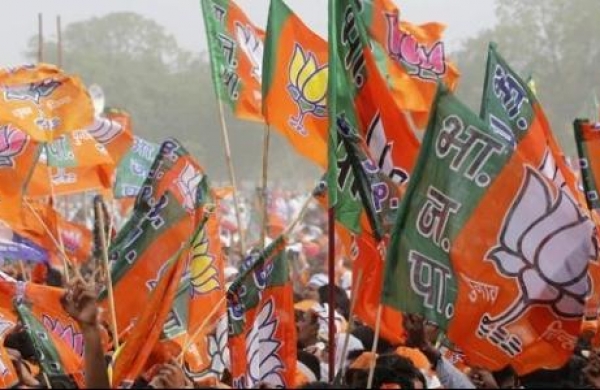 By ANI
DEHRADUN: Bharatiya Janata Party (BJP) leaders on Wednesday arrived at the party office in Dehradun for the party’s legislature meeting.

“We are looking for someone who can be made the chief minister,” said MLA Suresh Rathore.

A new Chief Minister candidate is likely to be decided in the meeting following the resignation of Trivendra Singh Rawat resigned from the chief ministerial post.

Dhan Singh Rawat, who is a minister of state in the Uttarakhand government is being considered as the frontrunner for the chief ministerial post.

He is considered to be close to the RSS. BJP MPs Anil Baluni, Ajay Bhatt and Ramesh Pokhriyal Nishank are the other contenders for the position.

Meanwhile, BJP MP Ajay Bhatt said that he is not in the race for Uttarakhand’s Chief Minister post.

“I have done all the job assigned to me to benefit the people of the state and my party. I’m not part of any race,” said Bhatt on being asked if he is in the race for the Uttarakhand CM post.

Rawat tendered his resignation after meeting governor Baby Rani Maurya on Tuesday, a year before Uttarkhand is scheduled to go to the polls.

The BJP swept the elections in 2017, winning 57 seats in the 70-member Uttarakhand Assembly. Congress, on the other hand, won just 11 seats.