BJP is banking on Cong defections for forming next govt in Goa, Kejriwal claims 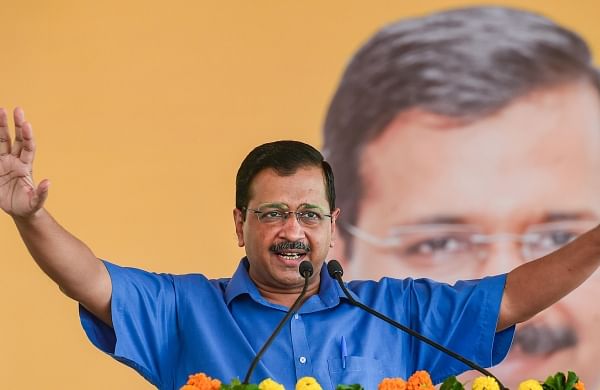 The Aam Aadmi Party leader arrived in the coastal state for a four-day campaigning tour ahead of February 14 elections.

Speaking to reporters at the airport, he said, “This Assembly election is crucial for Goa. Goans must decide what is best for them. One option is to support the AAP, which has promised a corruption-free government. Another option is to support the BJP directly or indirectly. In the last election, Goans were fed up with the BJP government and chose Congress. But Congress MLAs let them down,” he said.

The situation was the same this time with talk of Congress defections in every part of the state, Kejriwal said. “The BJP has planned a new strategy. Once Congress candidates win their seats, they are going to join the BJP,” he claimed.

The BJP knows that it cannot form a government without winning across the Salcette bastion of Congress, so it has put up seven candidates in the constituencies in the area on Congress ticket and is financing them, he alleged.

In 2017, Congress had emerged as the single-largest party, but it could not form a government. Most of its legislators deserted the party over the next five years.