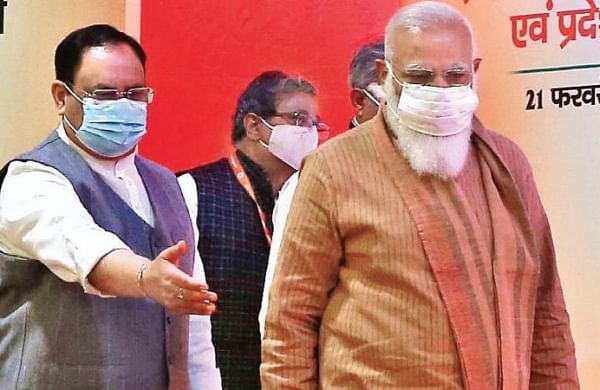 NEW DELHI:  With the government set to bring repeal the contentious farm laws, the BJP is bracing to control the damage amid apprehension that the Opposition would further mount pressure for poll dividends.

While the government isn’t likely to engage with the farmers’ unions on additional demands, the BJP-ruled states will carry forward the agrarian reform on the lines of the land acquisition policies adopted after an ordinance was allowed to be lapsed by the Centre in 2015.

“The decision to repeal must have been taken at the level of PM and a few senior ministers even as there was unanimity of views within the party of the likely damage in the upcoming elections,” said a BJP functionary.

It has also been learnt that the government will now adopt hands off approach with the farmer leaders, with the BJP admitting that it was a mistake to have engaged with them thereby giving legitimacy by holding several rounds of negotiations despite knowing that they just had a one-point agenda to nullify the farm laws.