BJP has ‘broken’ dream of lakhs of youth: Rahul Gandhi on Agnipath 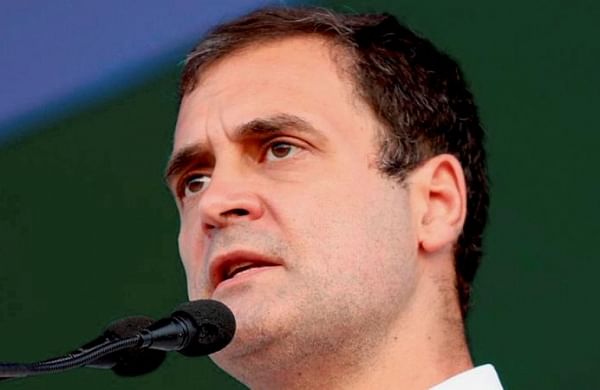 NEW DELHI: Attacking the BJP over the ‘Agnipath’ scheme, Congress leader Rahul Gandhi on Thursday said the ruling party has “broken the dream” of lakhs of youth to serve the country and asserted that a storm will rise from their tears that will break Prime Minister Narendra Modi’s “arrogance of power”.

Taking to Twitter, Gandhi posted a video of a young man in tears expressing anguish over having lost the chance to join the armed forces.

“By bringing ‘Agniveers’ on a four-year contract, the BJP has broken the dream of lakhs of youth to serve the nation. Such a storm will rise from these tears that will destroy the arrogance of power of the prime minister,” Gandhi said in a tweet in Hindi.

Addressing Congress parliamentarians and legislators from across the country who converged at the party headquarters here on Wednesday to express solidarity with him after he was questioned by the Enforcement Directorate, Gandhi had alleged that the BJP government “which calls itself nationalist” was “weakening” the armed forces through the ‘Agnipath’ scheme.

He had also said Modi will have to withdraw the military recruitment initiative just like he rolled back the farm laws.

Several parts of the country witnessed protests after the announcement of the scheme that seeks to recruit youths between the age bracket of 17-and-half years to 21 for only four years with a provision to retain 25 per cent of them for 15 more years.