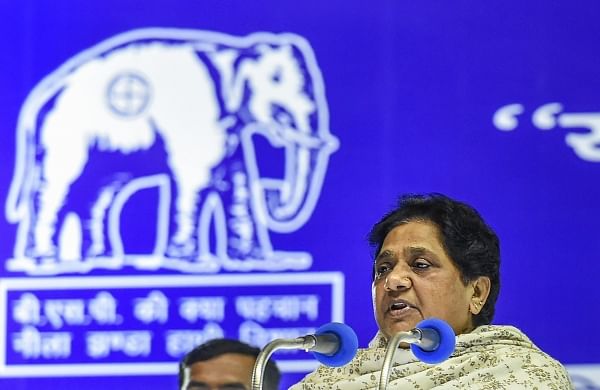 LUCKNOW: Bahujan Samaj Party (BSP) chief and former CM Mayawati has accused the BJP government of trying to make reservations ineffective through various ways. She also alleged that owing to its casteist mentality, the Modi government had turned a deaf ear to the demand of OBCs for a caste-based census.

While interacting with media persons on Tuesday, the BSP chief claimed that her party leaders from the OBC community, minority community especially Muslims and Jat community were entrusted with bringing in people from their community on the reserved seats.

“If BSP forms government in the state then just like before our government will keep in mind the rights and development of OBCs, Muslims and Jats,” stated Mayawati and added once again that BSP will be contesting the 2022 UP Polls on its own and will not be forging any pre-poll alliance.

Attributing the reservation benefits to OBCs in education and government jobs to the efforts of honourable Baba Saheb Dr Bhim Rao Ambedkar, Mayawati accused the Congress of not implementing the recommendations of the Mandal Commission despite ruling the country for the longest after independence. “These recommendations were later implemented with the efforts of BSP during the VP Singh government at the Centre,” claimed Mayawati.

However, she claimed that the present dispensation, both at the Centre and state, was trying to make reservations ineffective through various ways by making laws and rules and also through courts. “The atrocities on SC, ST in the country are not yet over,” she said.

Speaking on behalf of the minority community especially the Muslims, the BSP chief said that they were also unhappy with the BJP government in Uttar Pradesh. “Their development has almost stopped under this government. They are being harassed by people who frame them in false cases, they are being terrorized through new rules and laws,” said Mayawati accusing the BJP of rendering step-motherly treatment to the Muslims. “However during the BSP regime along with their development, their safety was also ensured,” claimed the BSP chief.

On the question of suspension of 12 Rajya Sabha MPs, the BSP chief said that the government should not be so harsh and should find a middle path of consensus.