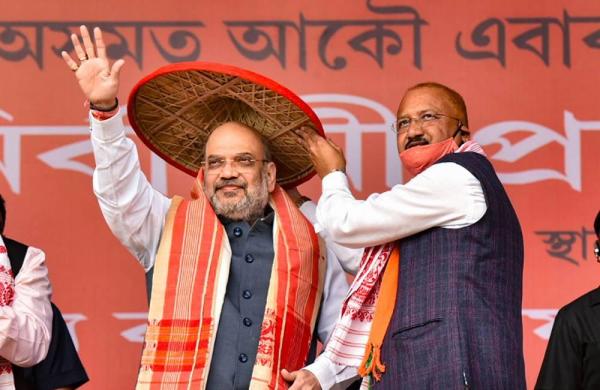 By Express News Service
GUWAHATI:  Favouring continuity, the BJP on Sunday announced the final list of 17 candidates for the upcoming Assembly elections. Eight of the 17 seats in Guwahati and Lower Assam are currently held by the party and it fielded seven sitting MLAs.

The only MLA to have missed the poll bus is Dipak Kumar Rabha (Dudhnai seat). Shyamjit Rabha of the Rabha Joutha Mancha, a tribe-based organisation and an ally of the BJP, will contest from the seat but under the BJP’s symbol.

The AGP, an ally of the ruling BJP-led combine, also released its third list of candidates containing 13 names, including minister Phani Bhushan Choudhury and Bhojpuri singer Kalpana Patowary, for the assembly polls in the state.

Names of three sitting MLAs also feature in the list declared by the Asom Gana Parishad (AGP) general secretary Ramendra Narayan Kalita for the third and last phase of polling on April 6.

Apart from Phani Bhushan Choudhury who will contest from Bongaigaon, the other sitting MLAs are Kalita himself who will be in the fray from Guwahati West and Gunindra Nath Das from Barpeta constituency.

Patowary has been fielded from Sarukhetri seat, the AGP general secretary said.

Earlier, the AGP had released two lists containing a total of 14 names for the first and second phase of polling on March 27 and April 1 respectively.

The BJP has formed an alliance with the AGP and United People’s Party Liberal (UPPL) for the upcoming polls.

The party currently has 13 MLAs in the 126-member assembly.