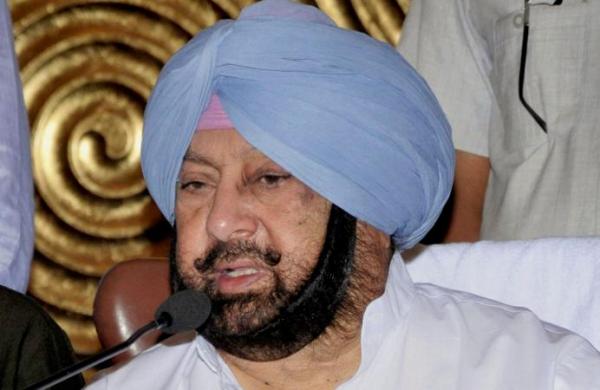 By PTI
CHANDIGARH: Punjab Chief Minister Amarinder Singh on Tuesday said BJP leaders were facing ‘spontaneous anger’ of farmers and rejected as ‘hilarious’ claims of the saffron party’s state unit that the protesters were not peasants but Congress workers.

Punjab BJP chief Ashwani Sharma had earlier in the day accused the Punjab government of organising protests under the guise of farmers’ agitation to “prevent” candidates of the saffron party from campaigning ahead of the February 14 civic polls.

Singh said the ‘cornered’ BJP failed to muster candidates to contest even 50 per cent of the civic body seats and ‘tried pathetically’ to shift blame for the farmers’ wrath on the Congress.

“The BJP should start preparing itself for political oblivion…Punjab would prove to be the party’s (BJP) nemesis,” Singh said in a statement here. The BJP’s fate is now sealed, not just in Punjab but also at the Centre, where its despotic rule is all set to end,” he said.

“What you see on the roads, and which you allege to be the Congress’ handiwork, is the spontaneous anger triggered among farmers by your arrogant anti-farmer attitude,” said Singh.

He rejected as ‘hilarious’ Punjab BJP’s claims that the protesters it is facing on its campaign trail for the upcoming municipal polls are not farmers but Congress workers.

Several BJP leaders are facing the farmers’ ire while on campaign trail for the civic polls, however, the state BJP has accused the ruling party of ‘orchestrating’ the protests.

Singh said, “The farm laws will sound the death-knell for this repressive, despotic and autocratic party. For nearly seven years they have trampled over human rights, as well as the dignity and aspirations of Indians in every possible way, and now it is the people’s turn.”

If the so-called urban party could not find candidates to field in more than half of the state’s civic body seats, one can only imagine what they will face in rural Punjab if they ever decide to contest there, said the chief minister.

“Did you really think you could get away with abusing farmers and violating their democratic and constitutional rights as you have been doing for the last so many months without any consequences,” Singh asked BJP’s Punjab leadership.

It was unfortunate that even now, the ‘power-drunk’ BJP was refusing to look the truth in the eye, and was taking refuge in ‘nonsensical excuses’ to hide its own shocking failure to address the concerns of the farmers, he stated.

The farmers are angry with the BJP and are looking for every opportunity to vent their ire on their leaders, he claimed, adding that were it not for the excessive police deployment during the outings of these leaders, things could have really got out of hand.

Given the threat perception due to the ‘farmers’ ire’ against the BJP, Punjab Police is deploying an unprecedented number of personnel wherever their leaders are going for campaigning, he said.

Scorning BJP’s charge of the police being mute spectators while they are being stopped from entering constituencies for electioneering, the chief minister said this was ‘ridiculous’ considering that the protesters themselves were complaining of being subjected to lathi-charge by the police.

“The fact is that not only the Punjab Police but also the Election Commission (EC), to whom you keep running with your fabricated and frivolous complaints, are doing their job sincerely,” he said.

To the party leadership’s assertion that it will spring a surprise in Punjab in the Assembly polls, he said, “Yes, there will be a big surprise in 2022, with BJP’s very existence being wiped out from our soil.”