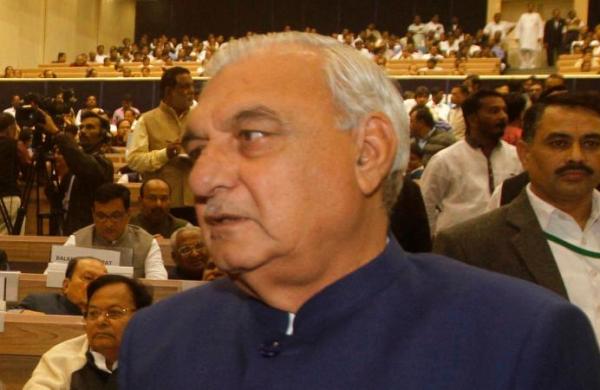 By PTI
CHANDIGARH: Amid a political slugfest over Congress leader Bhupinder Singh Hooda riding a tractor being pulled the party’s women legislators to protest the rise in fuel prices, one of the MLAs, Shakuntala Khatak, on Thursday asserted that she never considered herself less equal than men and accused the BJP of “playing dirty politics” on the matter.

“BJP is playing dirty politics. This is our internal matter. When I am not complaining, why do they have a problem? He (Hooda) is my leader, he is like my father. If I have to push a truck, I will do that too,” Khatak told reporters here.

“I want to tell Smriti Irani and all other BJP leaders who are making statements. Shakuntala Khatak is that woman who rides a motorcycle for 500 kilometres. I have never considered myself less equal than men,” said Khatak, a nurse-turned-politician.

The BJP on Thursday attacked the Congress over the incident and asked if women in a political organisation be treated as “bonded labourers”.

Union minister and BJP leader Smriti Irani said it was “absolutely shocking” to see the former Haryana chief minister sitting calmly on a tractor while having woman members of his party pull it physically.

Haryana Chief Minister Manohar Lal Khattar had expressed his anguish and said in the Assembly, “This treatment to women MLAs was worse than bonded labour.”

Targeting Khattar, Congress MLA Khatak said, “He should show concerns for women who are sitting with farmers protesting near Delhi’s borders against farm laws for more than 100 days.”