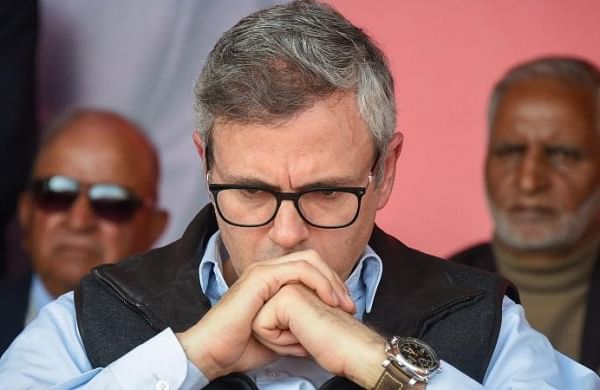 SRINAGAR: National Conference leader Omar Abdullah on Thursday claimed that the BJP was creating new political parties in the Valley to ensure a majority in the legislative assembly for passing a resolution in favour of the abrogation of Jammu and Kashmir’s special status and its bifurcation into union territories.

He said the saffron party knew it that it will fall short of the majority in the House on its own whenever elections are held.

“They want to use a majority in the assembly to bring a resolution that will undo the earlier resolution. Then they will go to the Supreme Court and tell it that the case filed (by NC Lok Sabha members) against abrogation (of Article 370) is false as people are satisfied. The Supreme Court will have no option but to throw out the case,” Abdullah said.

“The BJP knows it won’t get any seats from Kashmir….That’s why new parties are being created to shore up a majority. The PAGD was formed to ensure that the BJP does not get a majority,” he added.

Abdullah was addressing a party convention in Bandipora district in north Kashmir.

He said District Development Council elections were announced with the aim to break the People’s Alliance for Gupkar Declaration (PAGD).

“They thought either the alliance will break over seat-sharing or it will lose elections. Neither of the two happened. In fact, the alliance won the maximum number of seats. It proved that people from Kashmir and Jammu were not with the decision taken in August 2019.”

“Then some alliance constituents were separated from it on one pretext of the other. Some way or the other, they want to prove that people are with the decision of August 5,” the NC leader said.

He claimed that the efforts of the BJP are now focussed on showing to the world, through the legislative assembly, that the decisions of August 5, 2019, are acceptable to people of Jammu and Kashmir.

“In 2000, J-K Assembly passed an important resolution. By virtue of that resolution, J-K Assembly had sought restoration of internal autonomy. That resolution is still part of the assembly record. Nothing has come to change that. Just like a resolution was passed in Parliament with regard to Jammu and Kashmir. Whenever there is talk about J-K, the members of Parliament say entire Jammu and Kashmir belongs to India and it is the job of the government to implement the resolution. On the same lines, the resolution of Assembly is binding on all governments,” Abdullah said.

He said the BJP is actively pursuing the resolution route to erase the previous resolution passed by the assembly 21 years ago.

“They know our case in the Supreme Court is strong. Had our case been weak, the hearings would have been held much earlier. That’s why they want to pass the resolution in the assembly,” he added.