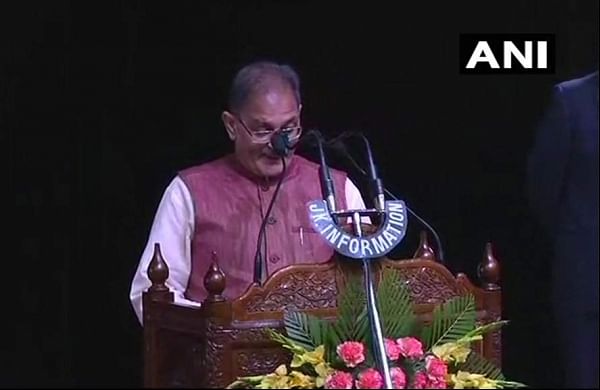 SRI NAGAR: With elections in Jammu and Kashmir likely to be held in mid-2022 after completion of delimitation exercise, the BJP is confident of forming the first elected government in the Union Territory and having its own chief minister. But, there is no clarity yet in the party whether the CM candidate would be from within the region or outside.

Senior J&K BJP leader and former deputy chief minister Kavinder Gupta said the saffron party will form the next government in J&K. “We are confident and will make it happen. Our workers and leaders are working on the ground. We have got huge public support and there will be a BJP government in J&K after polls,” he said.

According to Union Home Minister Amit Shah, elections in J&K UT would be held after the delimitation exercise is completed. The tenure of the Delimitation Commission, which has to redraw constituencies for the assembly and parliamentary seats in J&K after Article 370 revocation, ends in March 2022.After abrogation of Article 370 and bifurcation of J&K state into two UTs on August 5, 2019, J&K Assembly seats have risen to 90 from 87.

BJP spokesman Arun Gupta said the party is confident of winning 50 seats. The BJP, he said, had already declared that the next CM would be from the party.  It will be the first time that J&K will have a BJP CM, he asserted.Asked who would be the party’s CM candidate, Gupta said, “This is a party matter and we don’t discuss it in public. It will be decided by the party at an appropriate time”.

However, another J&K BJP leader said there was no clarity yet whether the CM candidate would be from within J&K or outside. “Nobody in the party knows who will be the CM’s candidate. The party’s central leadership will take a call.”

Sources in the party said Union Minister of State in the PMO Jitendra Singh could be the frontrunner. “He is very close to PM Narendra Modi,  Home Minister Amit Shah and BJP chief J P Nadda and this factor may go in his favour,” said a source.

In 2014 assembly polls, BJP bagged 25 out of 87 seats and was part of the PDP-led coalition government. That government collapsed in June 2018 after BJP pulled out citing security concerns.