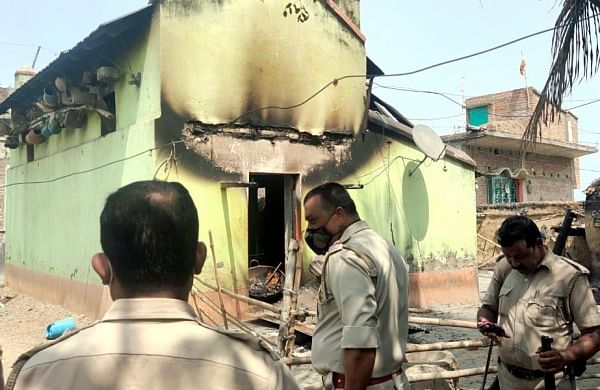 NEW DELHI: Taking on the TMC government over the Birbhum massacre in which eight persons were charred to death on Monday night, the Bharatiya Janata Party (BJP) on Thursday alleged that the eight people were beaten up brutally before being set on fire by the perpetrators.

Accusing some leaders of Bengal of trying to cover up the ruthless killings, the BJP denied the fact that the cause of the blaze was due to a short circuit and subsequent multiple explosions of LPG cylinders.

Sambit Patra-national spokesperson of BJP  here on Thursday at a press conference accused the TMC of indulging in ‘vendetta politics’ in which 8 people, including 6 women, were charred to death in Birbhum district.

Quoting the post-mortems reports, Patra said: “The post-mortem reports have now come out clearly indicating that women and children, charred to death in Birbhum district of Bengal, were first brutally beaten up and then burnt. Where are now those leaders, who have been attributing the horrific incident to short-circuit?” He further alleged that 26 political murders have taken place in the last week in Bengal. The law and order in the state remain a big question mark.  “Mamata Banerjee should have stopped all those political murders, but she did not stop. In Birbhum, as local people said, the police were absent after the incident”, Patra alleged, complaining that the administration was instructed not to allow the police to reach there after the crime. “ Till date, the workers of Mamata Banerjee have killed about 200 BJP workers in the politics of revenge being done by Mamata Banerjee”, he alleged