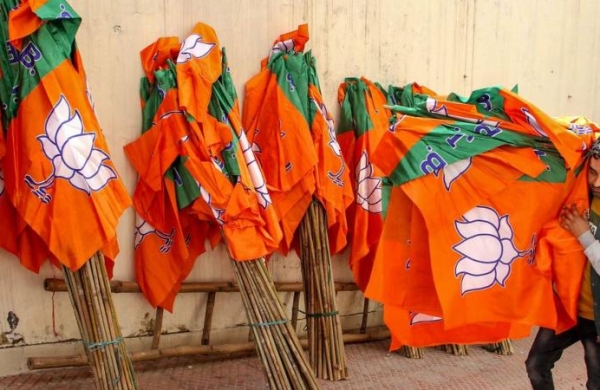 By Express News Service
KOLKATA:  BJP national general secretary Arvind Menon, who was in charge of the party’s network in West Bengal ahead of the recent Assembly elections, held the local functionaries responsible for the saffron camp’s poor performance in the polls.

His observation came at a time when many in the local unit have blamed ‘’wrong strategy’’ adopted by the party’s central leadership for the BJP’s debacle in the Assembly polls.  In the first meeting of BJP’s executive committee, which was held virtually on Tuesday, Menon indicated that it was the party’s Bengal functionaries who fed the central leadership with “wrong information”.

While speaking, he narrated a story: Once a king asked all village heads to donate a small bowl of milk to prepare a sweet dish. They were told to pour the milk in a pot. But at the end of the day, the pot was fund full of water only. “The BJP met the same fate as everyone skipped their responsibilities, thinking others would respond and the party would come to power,” he said.

His story hasn’t gone down well with local leaders. “He compared us with village heads and the party’s national leaders as the king. It was the central leaders who had claimed to bag more than 200 seats out of the total 294. Now Menon says it was based on our feedback,’’ said a BJP leader in Kolkata. “We hardly played any role in the Assembly elections. Our central leadership controlled everything, right from candidate selection to the campaign strategy.”

Several state BJP functionaries were prepared to vent their ire against central leaders. They were left disappointed as the five-hour event lacked the scope of interactions and mostly featured speeches by the party’s top leadership. In his short speech, Nadda described BJP’s performance as a success.

“We bagged 77 seats within a short span of time. The result shows our party will come to power in Bengal in 2026,’’ he said. The meeting decided that an assembly-wise analysis should be conducted. “Defeated candidates and observers in charge of constituencies have been asked to submit a report,’’ said another BJP leader.