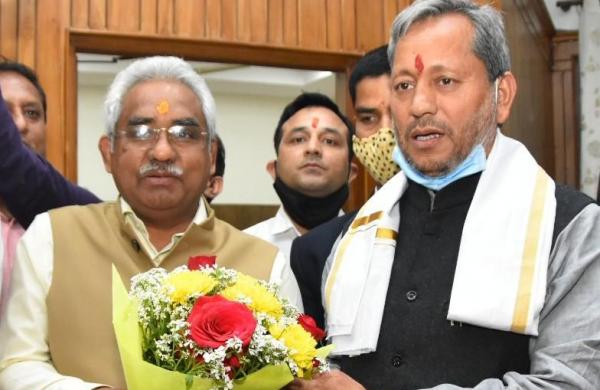 By Express News Service
NEW DELHI: The BJP on Friday appointed MLA Madan Kaushik as its Uttarakhand state president, replacing Banshidhar Bhagat who may be inducted as a minister in the government headed by Chief Minister Tirath Singh Rawat.

The party has also implemented tried and tested formula of Brahmin-Rajput balance by appointing a Brahmin as state president.

Kirankant Verma, a political expert from Haridwar said, “Madan Kaushik is experienced in party affairs as well as governance. The party has picked him as state president as it’s the trump card. No one could have been a better choice. He will act as a strong link between the government and the party.”

He was first elected to the Legislative Assembly in 2002 followed by successful stints in state assembly elections of years 2007, 2012 and 2017.