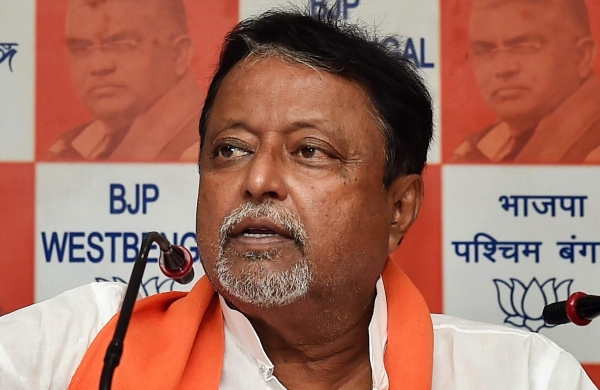 Express News Service
KOLKATA: The BJP, after holding a marathon meeting with the party’s Bengal functionaries in New Delhi in the wake of sporadic demonstrations over the issue of previous list of candidates, announces candidate list for 157 seats fielding the party’s national vice-president Mukul Roy, one sitting MP and 10 Trinamool Congress turncoat MLAs.

The candidate list pertains to Assembly seats where voting will be held in last four phases. The BJP is yet to announce the names of candidates in 14 seats out of total 294.

The saffron camp pitted Roy in Krishnagar Uttar Assembly constituency from where the party had bagged a lead of more than 55,000 votes in the 2019 Lok Sabha elections. Roy’s son, an MLA who defected to the BJP last year, is contesting from his own Bijpur constituency.

Shortly after the candidate list was announced, Sikha Mitra Chowdhury, wife of the former state Congress president, said she would not contest. ‘’I have not joined the BJP yet and no one from the BJP consulted me before Including my name in the list of candidates. I belong to a family belongs to Congress background. Previously, I joined the TMC but there is no question of contesting on a BJP ticket. Congress and BJP belong to two completely different poles,’’ she said.

The saffron camp fielded its sitting MP from Ranaghat, Jagannath Sarkar, in Shantipur Assembly constituency in Nadia district. So far, five sitting MPs, including one nominated in Rajya Sabha, have been pitted to take on TMC candidates.

In Bhowanipur Assembly constituency, from where chief minister was elected in two previous elections, the BJP fielded actor Rudranil Ghosh, who recently defected to the BJP from the ruling party’s fold. Another Bengali film actor Parno Mitra, who joined the BJP in 2019, have been pitted from Baranagar Assembly constituency in north 24-Parganas.