BJP a gas balloon alive only in the media: Mamata Banerjee 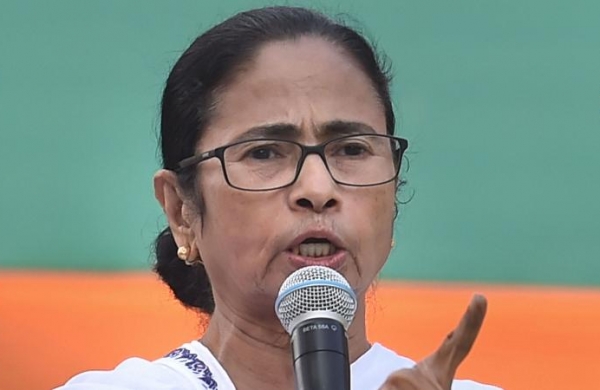 By PTI
KOLKATA: West Bengal Chief Minister Mamata Banerjee on Monday hit out at the BJP calling it “a gas balloon alive only in the media” and a “washing machine” for those with ill got money.

She said those who have quit TMC and joined BJP have done so to secure the money they have accumulated.

Banerjee said she had already decided not to give them tickets in the coming assembly elections had they stayed on in TMC.

“There is nothing to worry about. The government of ‘Ma-Mati-Manush’ (TMC slogan) will retain power in the state. BJP is a gas balloon, alive only in the media. They have money and are using agencies to put up (party) flags on the streets. Let them do so and stay alive in the media. TMC will stay alive in your hearts. You assure me this and I will ensure you a (good) future,” she said while speaking at the ‘State level meet of All India Fair Price Shop Dealers Federation’ held at the Netaji Indoor Stadium.

“Dacoits have suddenly accumulated so much money. Now they are approaching the ‘BJP washing machine’ where they are entering black and coming out white. They are going there for money and nothing else. I would not have given them the ticket to fight the elections. Why should I give tickets to those who have done bad work! People will be happy if I give tickets to new people instead of to these people,” B Anerjee, who is also the TMC supremo said.

Hitting out at the NDA government at the Centre, she accused it for not purchasing adequate quantity of paddy from West Bengal.

“I have a complaint. The central government talks big. But the rice provided to the people by the FCI is rotten. The central government purchases several lakh tonnes of rice from Uttar Pradesh and Andhra Pradesh whereas it buys only 69,000 tonnes of rice from West Bengal. The state government purchases 45 to 50 lakh metric tonnes of paddy from the farmers, spends Rs 31 per kg to prepare it (convert it into rice) and sends it to be distributed free of cost by PDS. This is not there in any of the other states,” she said.

Banerjee announced extension of the ration dealers’ licence from the regular period of one year to three years.

She said that the government will provide Rs two lakh as comepnsation to the family of a ration dealer in the event of the person’s death.