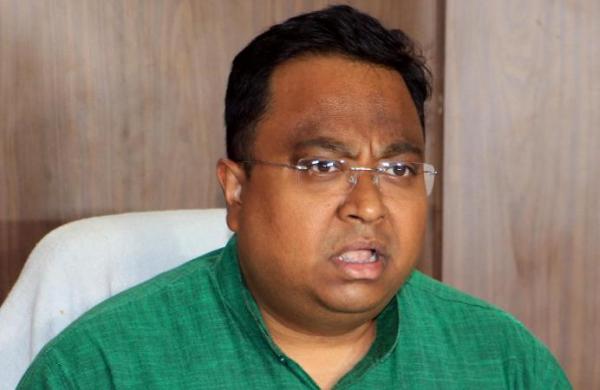 By ANI
NEW DELHI: Biju Janata Dal (BJD) Member of Parliament Dr Sasmit Patra raised a demand in Rajya Sabha on Wednesday for the passage of the Women’s Reservation Bill.

During the Zero Hour, Dr Patra reiterated the long pending demand of his leader, Chief Minister Naveen Patnaik for the passage of the Bill in the Parliament.

Speaking in his mother tongue Odia, Dr Patra stated that women’s empowerment is extremely important in India, particularly in the context of economic, social and political empowerment.

On the issue of Social and Economic Empowerment, Dr. Sasmit Patra stated that the Union Government should study the model of Mission Shakti program of Odisha which has empowered more than 80 lakh women through Women Self Help Groups.

Dr Patra also proposed that just as the Central Government had brought the National Maternity Scheme after considering Odisha’s Mamata Yojana as a benchmark model, it should also bring a National program along the lines of Odisha’s Mission Shakti.

CM Naveen Patnaik while celebrating the 24th foundation day of BJD last year said: “From now on, in every session of Lok Sabha, Rajya Sabha and Legislative Assembly, BJD will raise the women’s reservation issue and give a constant reminder to national parties”. (ANI)