Biweekly Binge: Of faces and self-respect 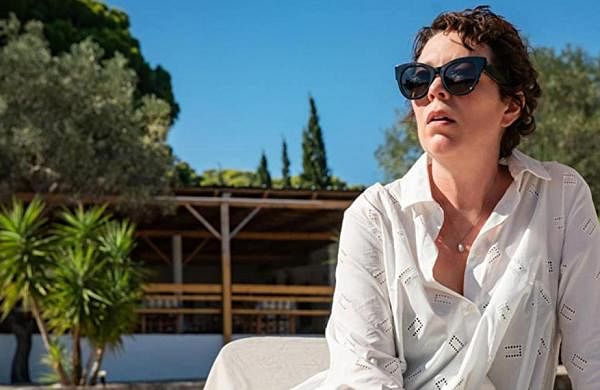 Maggie Gyllenhaal directed a short in Homemade, a Netflix anthology reflecting living and filmmaking during the peak of COVID-19. The film is an adaptation of the novel by Elena Ferrante. Gyllenhaal set it in a future that is far and yet feels so near where a man deals with a life stripped of togetherness and community in the shadow of an unknown threat. The film defined the solitude of the lockdown even for the privileged.

Leda Caruso (Olivia Colman, Jessie Buckley playing the younger Leda) arrives on a solo holiday in seaside Greece. A professor from Cambridge, Massachusetts, she is a scholar of poetry and their Italian translations.

She observes Nina (Dakota Johnson) and their big family vacationing in the same beach, where Nina is overwhelmed by her toddler Elena and an aggressive looking husband. Like an impulse, what she observes triggers an anniversary trauma in Leda, the trauma of being a mother and living with the complete knowledge of her limitations or even complete disregard for the relationship. Leda looks on as Nina suffocates under the weight of a daughter and a husband while Lyle (Ed Harris) the caretaker at the inn and Will the assistant – generations apart – try to win Leda’s affection.

The film ebbs and flows in two tracks, one with Leda making up for lost time, not finding the right words with both Will and Lyle and another swinging between saviour and destroyer in Nina’s life as a mother. Gyllenhaal shifts between the life of a young academic in flux with two little daughters and a partner, often struggling to gain a foothold in either of the roles. Leda in Greece goes through the motions of remembrance of days past as the “unnatural mother” (her words), who is both irritable and awkward when pushed to deal with areas outside of her academic expertise.

The Lost Daughter is a film full of faces, the most important weapon according to Gyllenhaal. Colman, Johnson and Buckley are almost always in close-ups, their disposition conveying the stress, trauma and disinterest in playing the mother.

All the three faces at various moments express unexpected joy, unadulterated disgust, complete contempt and, rarely, a caring glance. The Lost Daughter, therefore, needed the best actors to pull off Gyllenhaal’s vision for the adaptation and with this lot she’s in great hands.

It’s also a film that establishes something Joan Didion wrote on self-respect, “In brief, people with self-respect exhibit a certain toughness, a kind of moral nerve; they display what was once called character, a quality which, although approved in the abstract, sometimes loses ground to other, more instantly negotiable virtues.”

Leda may have doubts floating in her mind, but she retains that brand of self-respect – one that allows her to remain indifferent and not be swayed by any other life force, until she meets her double, Nina, a younger self.

Quoting Didion again, “..one lives by doing things one does not particularly want to do, by putting fears and doubts to one side, by weighing immediate comforts against the possibility of larger, even intangible, comforts.”

Leda’s preoccupation with her intellectual outlet over more mundane familial obligations were seldom a threat to her self-respect. She tells Nina how amazing it felt to walk away from her kids for three years. She was never in doubt and weighed the immediate comforts and vocations against the arguably long term investment of parenting. She’s not incapable of love. Her self-respect instils in her the ability to choose what to love.

(The Lost Daughter is now streaming on Netflix)