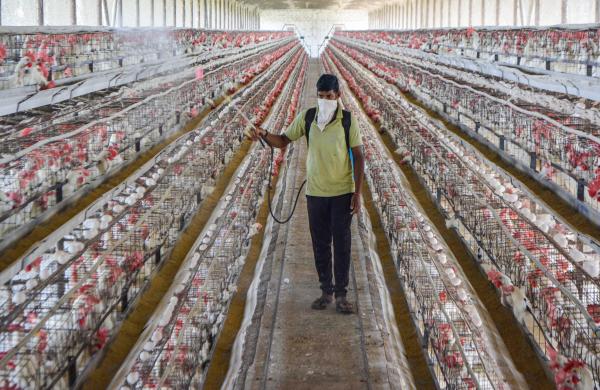 By PTI
BANDA: Following the confirmation of avian influenza in Uttar Pradesh with the samples of a couple of dead birds in the Kanpur zoo found positive for the disease, the administration in Hamirpur, Chitrakoot and Banda districts in Bundelkhand are exercising extreme caution.

Some herons and crows were found dead near the Bharua Sumerpur railway station in Hamirpur.

Veterinary Officer Pankaj Sachan on Tuesday said the birds possibly died due to excessive cold, but “even then the samples have been sent for examination”.

The carcasses of the birds were burnt and buried.

He also informed that serum samples of hens from farms have been sent to the (IVRI) in Bareilly for testing.

People consuming eggs and chicken have been advised to cook the food at a temperature of at least 70 degrees Celsius.

In Chitrakoot, four teams have been formed to tackle bird flu.

Around 200 hens in different farms of Bargarh and Ahmadganj were culled on Monday.

Additional Superintendent of Police of Banda Mahendra Pratap Chauhan said the police stations located along the border with Madhya Pradesh — Mataundh, Girwa, Naraini, Fatehganj and Kalinjar — have been alerted so that eggs and chicken from outside are not brought into the district.