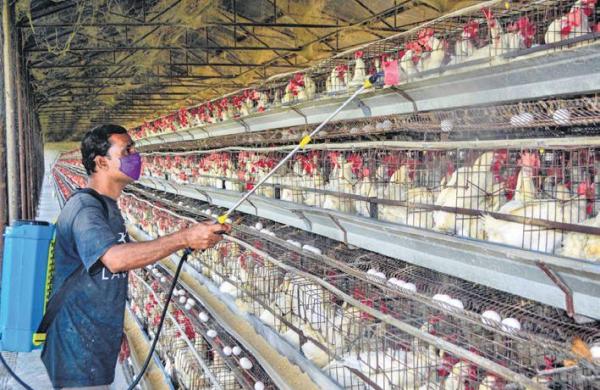 By ANI
PALGHAR: The ongoing avian influenza has been confirmed at a poultry farm in Maharashtra’s Palghar following the death of 45 chickens, Palghar Deputy Collector Kiran Mahajan informed on Wednesday.

The district administration has also ordered the closure of all poultry farms and shops selling chicken for the next 21 days.

“Bird flu has been confirmed in Palghar, Maharashtra following the death of 45 chickens at a poultry farm. The district administration has ordered the closure of all poultry farms and shops selling chicken for the next 21 days,” said Palghar Deputy Collector.

Over the last three days, chickens were dying, following which the samples were sent to a Pune-based laboratory for examination and the bird flu was confirmed.