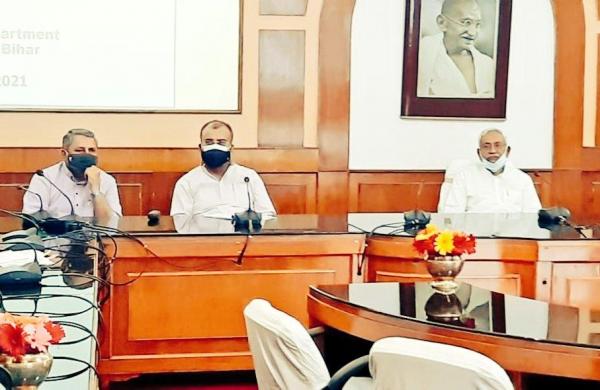 Express News Service
PATNA: The COVID situation in Bihar has worsened with 327 getting infected and at least two persons dying every hour.

On Saturday, the state recorded a major surge in the number of COVID cases with 7870 fresh positive cases in the last 24 hours.

The new cases have taken the tally to 39497 in the state with Patna reporting the highest number of cases (1898).

Even as the cases are multiplying at an alarming rate, a shortage of beds and oxygen cylinders is being reported from across the state.

In Patna, many private hospitals were forced to turn away patients due to a lack of beds and oxygen.

“The state government should take help from other states which have a surplus production of oxygen to meet the urgent demands in Bihar,” says Sanjay Sarkar, an oxygen cylinder seller in Patna, further adding that the production should be raised by seven times.

Another such supplier Vidhya Nand said that he has not been able to supply oxygen for the last three days as he was unable to refill the cylinders.

Many are claiming that the hospitals across the state require 500000  cylinders for medical use but are not even able to procure 10000.

Meanwhile, the Patna district administration has arranged two trucks of liquid oxygen to produce for medical use from Jharkhand-based plants.

Besides this, the situation of the COVID infection has reached such an alarming extent that those staying in cities have started migrating to their native home villages till the pandemic is brought under control.

However, the infection has reached far and wide with 30-40 percent cases being reported from rural villages in the second wave of COVID-19.

“There is no way out except strict lockdown, otherwise Bihar’s condition with the positive cases will become disastrous,” a senior health official said requesting anonymity.