Bihar: Women pelt stones on officials in Gaya district, get handcuffed by police 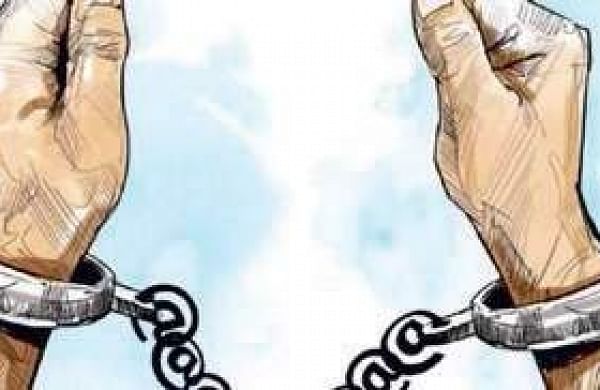 PATNA: A video went viral on social media showing several women handcuffed after being taken into custody by the police in Bihar’s Gaya district. The women, according to police, were part of a group of villagers that pelted stones on the officials during demarcation of mining ghats under Belaganj police station in Gaya district on Wednesday.

Gaya City SP Rakesh Kumar said on Thursday that altogether 10 people, including some women, were arrested on the charges of causing obstruction in discharge of official duty.

The villagers were not happy with the administration’s initiative to demarcate the area of mining ghats near Adhatpur village. They attacked the team in the presence of a magistrate, causing injuries to over a dozen police personnel.

The villagers on the other hand alleged that they were protesting mining at the sand ghat as water from the river inundated the village during Monsoon. However, the authorities said that they were involved in illegal sand mining.

The city SP claimed that the mining department had issued a letter recently to ensure demarcation of mining ghats and a team of officials along with magistrate was deployed for the purpose. Women constables also accompanied the team. However, women being handcuffed has raised public outrage.