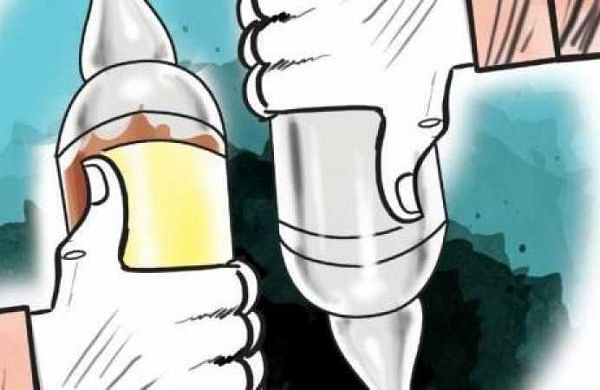 NEW DELHI: Amid a huge number of people arrested on the charges of being involved in the anti-prohibition activities, the fatalities due to consumption of spurious liquor in Bihar remains high.

Bihar is under total prohibition since 2016 but this year alone, more than 95 deaths due to consumption of spurious liquor were reported from across the state.

The biggest hooch tragedy of the year was reported from West Champaran district in July in which over 16 people lost their lives, followed by 11 deaths in November in Gopalganj.

As per official data shared with the media by the police headquarters, 49,000 cases of violation of prohibition rules were registered in different districts in the last 9 months. “A record number of 62,140 people were arrested on charge of being either indulged in liquor trading or supply of Indian Make Foreign Liquor (IMFL) between January and October 2021. Among the total of people arrested,1,590 people were of other states but involved in anti-prohibition activities”, police said through a statement.

The state police headquarters further added that a total of 12,93,229 litres of country-made and 25,79,415 litres of foreign-made liquor were seized in the last 9 months.

Besides all this, the state police, amid all fatalities reported from the consumption of spurious liquor, also seized 12,200 vehicles, which were used for transporting the cartons of liquor illegally from other states.Among 28 districts, Vaishali topped in terms of liquor seizure with more than 45,63,59 litres followed by Patna with 35,00,85 litres, Muzaffarpur with 25,64,80 litres, Aurangabad with 23,25,42 litres and Madhubani with 223767 litres — as per detail of state police headquarter.

In the same way, the highest number of  6855 people were arrested from Patna on charges of being indulged in the anti-prohibition activities followed by Saran with 3872, Motihari with 2832, Nawada with 2814 and Muzaffarpur with 2660 people.