Bihar to get University of Arts for artists and artisans soon 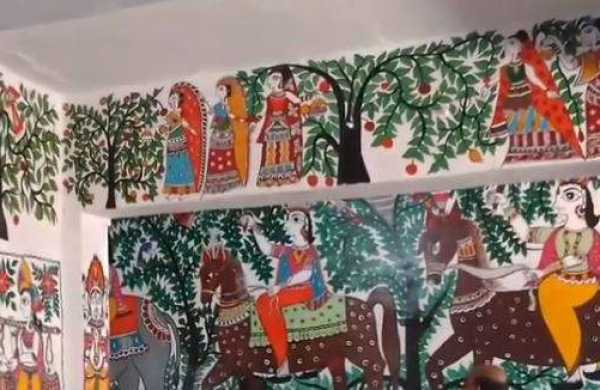 Express News Service
PATNA: The eastern state of Bihar will soon have its own full-fledged modern University of Arts with a web portal and data of artists and artisans.

The Art and Culture Department has already started working on preparing the blueprint of the university.

Bihar’s Art and Culture minister Mangal Pandey on Sunday said that the University of Arts will be set up in the state and a detailed blueprint has been prepared by the department for setting up the university with all modern teaching and training facilities.

The artists and artisans of state will get a wider platform through this university in order to explore their talents. The minister further said that the state’s folk art, folk language and folk culture have been acknowledged globally and brought laurels.

Bihar is famous its arts and crafts including the Madhubani painting, the Manjusa art, the  Patna school of painting, the Tikuli art, the Sujani Art, theBamboo and wooden crafts, the metal casting art, the Sikki art, the pottery and ceramic art.

According to a rough estimation, more than 50000 artistes who expertise in different art forms live in Bihar.

The minister also said that the auditoriums in 7 more districts of the state –each of 2000 sitting capacity, will be also be built for providing platforms to artists.

He said that the concerned department will organize state-level cultural extravaganzas called as ‘Maha Kumbh’ at the district level to give a greater platform to artists in the state.

He said that recently 37 artists from the state were awarded with the Bihar Kala Samman in Patna by the Department of Art Culture and Youth.

“Apart from this award, the artists have also been conferred with the Vindhyavasini Award, the Radhamohan Award, the Kumud Sharma Award, the Bhikhari Thakur Award and the Life Time Achievement Awards in order to promote their contributions in the fields of arts and culture,” he said.