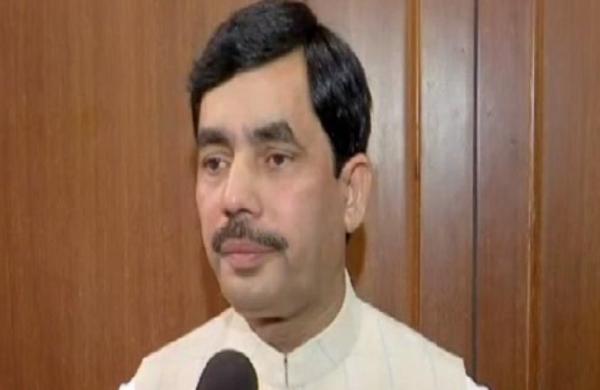 Express News Service
PATNA: BJP fast-tracking Shahnawaz Hussain into Nitish Kumar’s cabinet is seen as a political masterstroke, which will silence the criticism over the absence of a Muslim face in the dispensation all the while allowing it to gain a foothold in the minority-dominated Seemanchal.

While what portfolio would be given to Shahnawaz is not clear yet, sources close to the development said that given his political stature, chances of him helming the education, industry or home ministry are bright.

Nitish had on Monday postponed his cabinet expansion, and with Shahnawaz becoming a part of the equation, things are likely to spice up.

NDA sources said that the delay in expansion is due to Shahnawaz entry into Bihar politics through the legislative council route.

Sources said that 22 ministers are slated to take the oath of secrecy – 11 from BJP and 11 from JD(U) – when Nitish expands his cabinet, taking the number of ministers to 36.

Shahnawaz was drafted into the Bihar scheme of things after the leadership decided to tackle the Muslim-Yadav (MY) equation, which has been yielding rich dividends to RJD in the minority-dominated areas.

Given Shahnawaz’s high acceptance among the people cutting across caste and religious lines, the party aims to use his influence to curtail the growth of Assaduddin Owaisi’s AIMIM.

“Shahanwaz Hussian is the lone Muslim face that has wide acceptance among both the Hindus and Muslims. His elevation would not be opposed from within the BJP as well,” said a senior BJP leader.

While no BJP leader has officially spoken about the developments, sources in the party’s top rung claimed that Hussian may even be projected as the chief ministerial face in the near future.

Chief ministerial face in near future

While no BJP leader has officially spoken about it, sources in the party’s top rung claimed that Hussian may even be projected as the chief ministerial face in the near future.