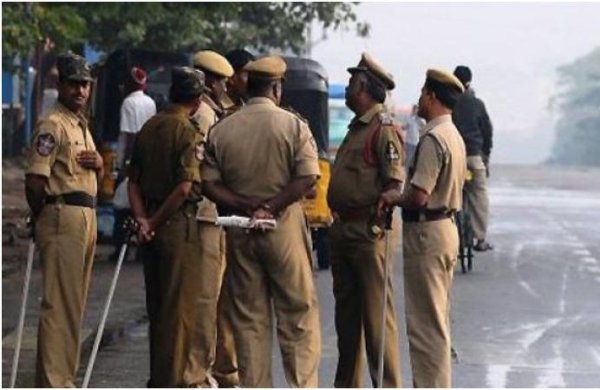 By PTI
PATNA: Senior civil and police officials on Thursday sought to clarify the doubts on provisions and purpose of bringing Bihar Special Armed Police Bill, 2021 which faced vociferous protests from the opposition in both houses of the state legislature.

The opposition had created a rumpus against the legislation when it was taken up in the assembly Tuesday following which police was called in to physically evict legislators who had laid siege to the Speakers chamber and left the House in utter chaos and disorder.

A similar situation prevailed in the legislative council Wednesday.

The bill was passed by majority votes in both houses amid a boycott of the opposition.

Additional Chief Secretary (Home) Chaitanya Prasad along with Director General of Police (DGP) S K Singhal and DGP (Bihar Military Police) R S Bhatti held a press conference to dispel confusion with regard to the legislation and its provisions and purpose.

The officials’ press conference is being held in view of Chief Minister Nitish Kumar’s assertion made in the Assembly on March 23 while giving reply to a debate on the bill that such a situation (of confusion with regard to bill) would not have arisen, had the officials explained everything in detail by holding press meet.

The bill aims to develop the Bihar Military Police (BMP) into a well-trained and fully equipped armed police force with multi-domain expertise to cater to the development needs and the larger interest of the state, Prasad said in an official release.

The BMP has been entrusted with the security of vital installations, the world-famous Mahabodhi Temple at Bodh Gaya, Airport at Darbhanga etc, Prasad said.

Stating that Bihar is a rapidly developing state with the need for security of industrial and commercial establishments, the state government notified two military police battalions on the lines of the CISF in the year 2017, he said.

“It is now necessary to give requisite powers of search and arrest to the military police battalions engaged in the security of notified establishments on the lines of CISF.

“The deployment of such armed police units will help the state to attract capital investment, promote industrial development; protect and safeguard the places of historical and cultural importance and tourism etc”, Additional CS said.

Underlining the dependence of the state on the central armed police forces (CAPFs) has increased in the last decade, the number of companies of CAPFs deployed in Bihar has increased from 23 in the year 2010 to 45 in the year 2020, the official said.

He further said that the organized development of an armed police force of the state will reduce this dependence, and thereby lessen the economic burden on the state and at the same time create employment opportunities for local residents.

In view of the changing work profile of the force, new duties and powers given to it by this bill and to ensure uniformity with the nomenclature of Armed Police Forces of other States, the Bihar Military Police has been renamed as Bihar Special Armed Police (BSAP), the release said.

On the most controversial clause of the Act that deals with the issue of “arrest and search without warrant”, the Additional Chief Secretary said two battalions of BMP namely State Industrial Security Force (SISF) 1 and SISF 2 are being raised for security of notified establishments on the pattern of CISF.

This bill allows for search and arrest without warrant by a Special Armed Police officials engaged in the protection of such notified premises like Mahabodhi temple and Darbhanga airport, he said.

He made it clear that the powers of search and arrest without a warrant are already available to the district police (in their jurisdiction) in all states as per provisions of section 41, 1D5 etc. of the Code of Criminal Procedure, 1973.

This legislation, however, gives such powers of search and arrest without warrant to the Special Armed Police officers only for the purposes of security of notified premises.

The objective of giving such powers is to prevent the occurrence of cognizable crimes in such notified premises and to protect the life and property within such establishment, the release said while quoting the official.