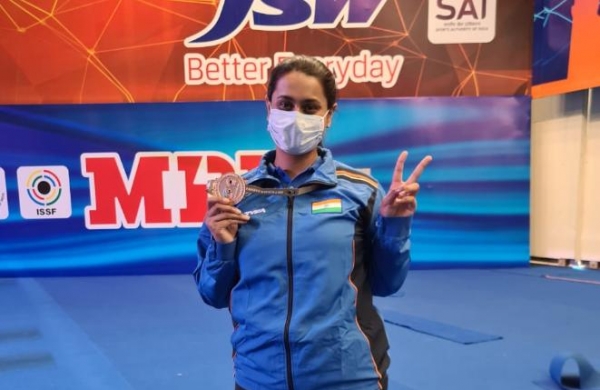 Apart from  Shreyasi Singh, the other two who participated in the shooting world cup were Rajeshwari Kumari and Manisha Keer.

India defeated Kazakhstan 6–0 in the final of the women’s trap event played on March 28.

Apart from this, India also won a gold medal in the men’s trap event.

Members of the men’s team Kayanan Chinay, Prithviraj Tondaiman, and Lakshya Sharon were also congratulated by the MLA on their performances.

The Indian men’s team won the final by a 6-4 lead over Slovakia.