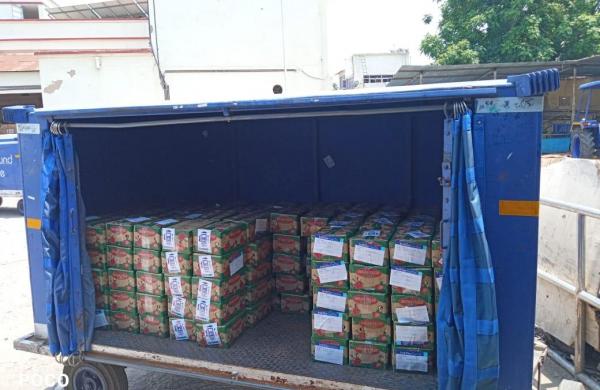 Express News Service
PATNA: Amidst a pandemic-induced crisis in the country, the first consignment of well-known GI-certified ‘Shahi Litchi’ was sent from Bihar’s Muzaffarpur district to the United Kingdom on Monday via a special flight.

Shahi Litchi is cultivated in over 15,000 hectares of land in Muzaffarpur. The consignment is being exported by Cira Enterprises to H&J Veg at London after purchasing from the farmers in Muzaffarpur.

According to the official statement from the department of agriculture here, Shahi Litchi was given the GI tag in 2018 along with three other agriculture products which included ‘Jardalu’ mango, Katarni variety of rice, and the Magahai-paan (betel leaves).

Shahi-Litchi is cultivated in Vaishali, Samatipur, Champaran, Begusarai and Saran districts as well.

Meanwhile the world famous Litchis have now bagged the ‘Phytosanitary Certificate’ from the state for the first time, and now it will be globally known as Bihar’s Litchi.

Sale of Shahi Litchis rakes in an estimated Rs 1000 crores annually from all over Bihar with nearly 50% of the revenue coming from Muzaffarpur alone.

The East Central Railway, headquartered at Hajipur, has also provided a special transportation facility by specially designed rail parcel wagons from Muzaffarpur to other states included Maharashtra, Delhi and Pune, which sees a huge demand for Bihar’s Shahi-Litchi.

Ravindra Singh of Muzaffarpur, who has a Litchi orchard of over 10 hectares of land, said that the demand for Shahi Litchi has not been affected even with the pandemic going on, although the lack of transportation facilities for farmers are a hurdle.

“This time, the fruit of Shahi-variety of Litchi is well shaped, and red, which indicates that the fruits are sweeter and juicier,” he said.