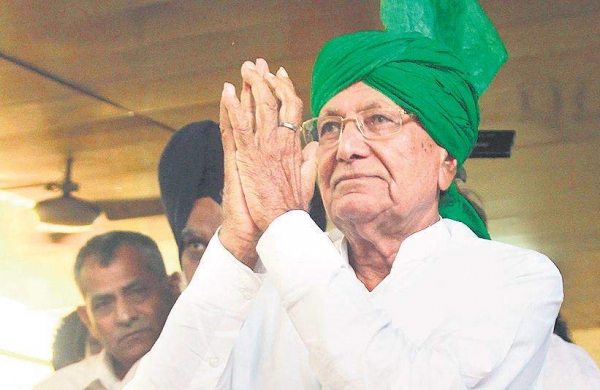 The meeting with the leaders of the Janata Dal (United), a BJP ally, comes at a time when the 86-year-old INLD chief is batting to forge a “third front” at the national level.

The three leaders also had lunch together.

O P Chautala, who is a former chief minister of Haryana, had on Tuesday said that he will contact opposition leaders soon to forge a “third front” at the national level and had also revealed his plans of meeting Kumar and Tyagi over lunch.

O P Chautala had last week asserted that the biggest need today is to get rid of the “anti-people” and “anti-farmer” government at the Centre.

The BJP is the ruling party at the Centre and has alliance governments with the JJP in Haryana and with JD(U) in Bihar.

He had said before September 25, the birth anniversary of Devi Lal, he will try to meet opposition leaders and urge them to come on one platform.

On Tuesday, O P Chautala while referring to his announcement of a lunch meeting with Kumar, had said, “He will have lunch with me at my residence on August 1.

When two political leaders sit together, then political issues are naturally discussed,” he had said replying to a query.