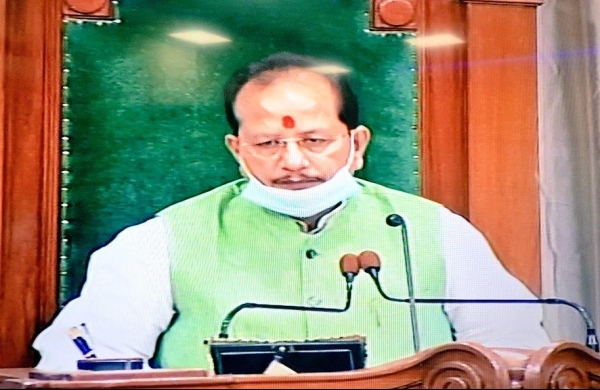 Express News Service
PATNA: Amid speculations of uproar by the Opposition during the Monsoon session of Bihar Legislative Assembly which is set to commence on July 26, Speaker Vijay Kumar Sinha chaired a high-level all-party meeting on Thursday.

He added that meaningful discussions on the issue of public interest will increase the dignity of the House and help the government in chalking out plans for the development of the people.

After the discussion on how to conduct the session without a glitch, he also directed the chief secretary of state government to ensure 100% answers to all the questions raised by the legislators.

“In a democratic system, elected representatives are the pillars of democracy and they discharge their duties only in the public interest.  Protecting their honour is our top priority.  In the course of discharging these functions, the protocol ensured by the state government officials along with the honourable members of the Bihar Legislature should be followed at all costs,” Sinha said.

Quoting details of the meeting, deputy director of Press of Bihar Assembly, Sanjay Kumar Singh, said that rude and arrogant behaviour by the officials of any level with the House members will not be tolerated at all as per the direction of the Speaker.

The speaker was also informed by the officials that two cops, who were seen assaulting the legislators in March during the budget session, were suspended for their improper acts.

At the meeting, he informed that 172 members of the Bihar Legislative Assembly have been vaccinated while 22 members of the same House have not been inoculated citing health reasons.

He also said that only those press representatives, who have been issued passes by the Bihar Legislative Assembly, will have to produce the certificates of corona vaccination before entering the House.

Meanwhile, sources from the opposition side said that the legislators will raise issues on the Covid deaths, among other concerns during the sessions.