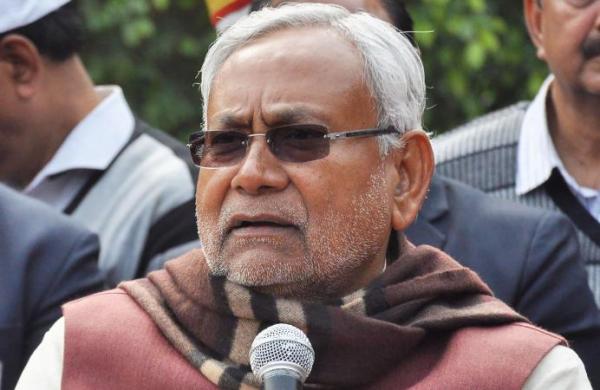 By PTI
PATNA: Chief Minister Nitish Kumar on Sunday highlighted the glorious past of the Bihar Legislative Assembly on completion of 100 years of its building and told those sitting in the government not to confuse themselves as the “masters” as in the democracy people are the “maalik” and we are their “sevaks” (servants).

Inaugurating the year-long centenary celebrations of the sprawling assembly building, Kumar stressed on healthy debate and discussions in the house to serve the masses together in a more better manner.

Kumar said he was in favour of holding longer session of the state legislature to give ample time to every member to ask questions and raise issues of their areas.

It was on this day when the first session of the Bihar and Odisha provincial legislative council was formally inaugurated by Lord Satyendra Prassana Sinha,Governor of the erstwhile province.

Though the building was ready by the end of 1920, the inaugural session was held on February 7, 1921.

“We should not confuse ourselves as masters as in democracy janata (people) are the maalik while legislators are their representatives and people sitting in the government are their ‘sevaks’ (servants),” Kumar said in his speech.

“We normally have longer Budget session which runs for a month. But, other sessions (monsoon and winter) run for 7,8 or 10 days.

“If you wish, we will extend it further so that members, who are also considered part of the government, get a fair amount of time to express their views and opinion on various matters besides raising issues of their areas as it is their duty to do so,” Kumar said.

Kumar said this while responding to several previous speakers who expressed their grievance on the session being short one which denied them opportunity to put their views or raise issues.

He, however, said that so far as duration of the session is concerned, it has to be collectively decided by the Assembly Speaker and the Council Chairman.

The CM assured the members that the government would certainly accept their suggestions/views if they were “genuine” and “correct”.

Stating that he was quite hopeful of getting over with the COVID pandemic in the next few months, Kumar said that the number of coronavirus cases has been quite low in Bihar and the government has done a plenty of work including carrying out inoculation drive.

The manner in which coronavirus spread and continued for quite longer period of time affecting huge number of people, it seems that it did not come in a “natural way” rather it appears to be some kind of “mischief” or may have come from different parts of the world especially in China where different types of “artificial work” take place, the CM said.

“There are chances that such things could recur again in future. In these circumstances, we need to remain alert and cautious,” Kumar said.

Kumar thanked Assembly Speaker for organising centenary year function and asked him to organise such programmes in future too on different topics/subjects and their experts as participants besides the members of the legislature.

Speaking on the occasion, the Speaker said the faith of democracy lies in legislature.

“We should create an atmosphere that would deepen people’s faith in state legislature….Opposition’s cooperation is needed for smooth functioning of the assembly,” the Speaker said.

The function saw an unpleasant moment when Alam raised objection to display of BJP flags at the roundabout near the entrance of the legislative premises inviting jeer from the saffron party legislators.