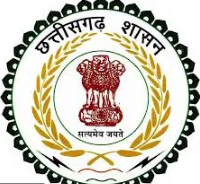 A total of 718 cases have been acquitted by various courts till May 31, 2021 after reviewing the cases registered against the residents of the Scheduled Tribes in the Naxal-affected areas of Chhattisgarh and a total of 944 accused have been benefitted so far.
It is worth mentioning that following the policy of security, trust and development, Chief Minister Shri Bhupesh Baghel constituted a committee under the chairmanship of retired Supreme Court judge Shri AK Patnaik to return the cases registered against innocent tribals in Naxal-affected areas. While the district administration and the police department have also been directed to investigate the Naxal cases registered against the tribals and provide relief to the innocent tribals.
For the return of the cases registered against the tribals through the court, the cases were presented before the Justice Patnaik Committee for consideration, out of which the committee has recommended for the return of 627 cases. Based on the recommendation of Patnaik committee, 594 cases have been withdrawn from the court in which 726 persons have got benefit. At present only 33 cases are pending for withdrawal from the court.
Similarly, 365 Naxal cases have been identified by the police department for speedy trial in the courts, in which 218 accused have been benefitted by acquitting 124 cases by the court. In this, 36 people have been acquitted in 24 cases of Dantewada district, 47 people in 44 cases in Bijapur district, 9 people in 7 cases in Narayanpur district and 9 accused in 3 cases in Kondagaon district. Similarly, 6 people have been acquitted in 1 case in Kanker district, 109 people in 44 cases in Sukma district and 2 accused in 1 case in Rajnandgaon district.