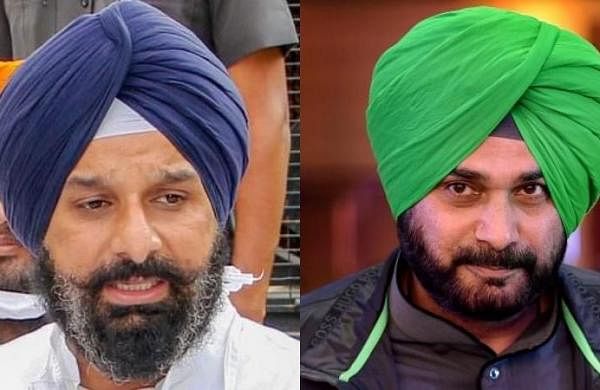 CHANDIGARH: A big fight is on the cards in Punjab for the Amritsar (East) assembly seat as Bikram Singh Majithia of Shiromani Akali Dal is to contest against Punjab Congress President Navjot Singh Sidhu in the constituency. Former chief minister and SAD patron Parkash Singh Badal will contest the Punjab assembly election from his traditional constituency Lambi.

In a sudden move, the Shiromani Akali Dal President Sukhbir Singh Badal today announced  the candidature of Bikram Singh Majithia, who is his brother-in-law, from Amritsar (East) in addition to his own constituency, Majithia.

Badal said,”Navjot Sidhu’s arrogance will be his undoing. He has been harping on his support among the masses. Now his support will be tested by ‘Majha Da Sher’ taking him on in his home constituency. He should get ready to fight the brave SAD workers. We will break his arrogance by ensuring he loses his security deposit.”

Badal said, “We have called out Navjot Sidhu’s bluster. We know he has not done anything in his constituency for the last five years.”

He did not do anything in his constituency even as local bodies’ minister. The constituency of Amritsar (East) has drinking water and even sewerage issues which have not been addressed by Sidhu. “Now the people of his constituency will hold him accountable,” he said.

In December last year, the Punjab Police registered a case under NDPS Act against Majithia and he has been recently given bail for three days by the Punjab and Haryana High Court.

Badal said that a false case against Majithia was registered as he always raised the issues of the people. “Majithia is known to fight for the people. This was not to the liking of the Congress government. They have registered a false case against a Gursikh who is known to do ‘Nitnem’ for two and a half hours every day. Our workers also realized that the best way to seek justice for Majithia was in the people’s court and it is they who pressured the party to make him the party candidate from Amritsar (East),” he said.

“The entire party pleaded with Parkash Singh Badal not to retire from politics and he has acceded to our request to contest the forthcoming elections from Lambi. Badal has always been in the forefront to offer his services for the welfare of Punjab and Punjabis and he is doing so again,” he said.

Badal made these announcements in Amritsar as he re-inducted Chajjalwadi family into the SAD along with a large number of Congress sarpanches and block samiti members. He also announced that Satinder Singh Chajjwalwadi, son of three-time legislator Ranjit Singh Chajjalwadi, would be the party nominee from Baba Bakala.

In the last assembly polls Sidhu had won Amritsar (East) by a margin of 42,661 votes as he had then got 60,477 votes, followed by then SAD-BKP candidate Rakesh Kumar Honey who polled in 17,668 and Sarabjot Singh Dhanjal from AAP who got 14,715 votes. Majithia appealed to the Election Commission of India to hold the Congress government accountable for violating high court directives and conducting raids on his residence and harassing his family members even before the court passed its final verdict on his anticipatory bail plea. He also demanded a National Investigation Agency (NIA) inquiry into the audio-tape expose of DGP S Chatttopadhay saying the security breach during Prime Minister Narendra Modi’s visit to Punjab could have even resulted in an assassination bid on the PM.