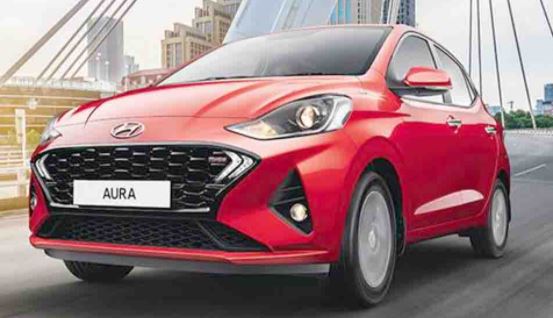 If we talk about the entire compact sedan segment, then the cars that are coming in the market now seem more mature than before. This means that they look like a proper sedan and not a car that looks like a boot has been installed behind a hatchback. Hyundai’s new compact sedan Aura seems to fit on this scale.

Talking about some special points of design, the thing that attracts the most is its extremely stylish looking diamond cut alloy wheels. They look so cool that a little boring looks make the side profile look better on its own. The DRL of the double boomerang shape provided with a cascade grid in the front also makes its front sporty.

The connected taillamp that has been used on the car at the back is such that some people will like it a lot, but for some it can become a deal breaker. Talking about the overall look, the company has taken some bold steps, which give it a slightly different road presence, but could not come out with such a design, which by looking at the mouth completely! Set out