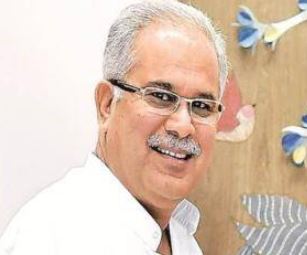 The tremendous victory of Congress in the by-election in Marwahi assembly seat of Chhattisgarh has brought many messages. Firstly, the Marwahi seat has now lost its status as a stronghold of the Ajit Jogi family. Second, the Bharatiya Janata Party could not make Bhupesh Sarkar’s two-year functioning an issue. Perhaps this is the reason why BJP’s election campaign in Marwahi never showed aggressively. The third and biggest message of Marwahi’s result is that it has further strengthened the political status of Chief Minister Bhupesh Baghel from Raipur to Delhi. If we talk about the Chief Ministers of non-NDA parties, then Bhupesh has emerged as the most powerful leader, at least in Hindi speaking states. With this victory, Bhupesh’s questioning will not only increase in Delhi, but his position in the Congress central organization will also increase.

The tribal dominated Marwahi seat has been with former Chief Minister Ajit Jogi for the last nearly 20 years. While Chief Minister, Jogi also did really big things for a small place like Marwahi. Thus gradually Marwahi and Jogi became synonymous with each other. Even this seat came to be known as Jogi’s Jagir. In such a situation, as soon as the by-election was announced on this seat which was vacated by his death, the Jogi family landed directly in the ground. The family hoped that he might get the benefit of sympathy for Ajit in the area. The crowd gathered at Ajit Jogi’s last visit or tribute meeting raised this expectation. Later, Ajit’s wife Renu and son Amit also tried to gather sympathy by moving around with a picture of the former Chief Minister in the area. After all, Amit rejected his claim from his father’s Jankancha i.e. Janata Congress Chhattisgarh.