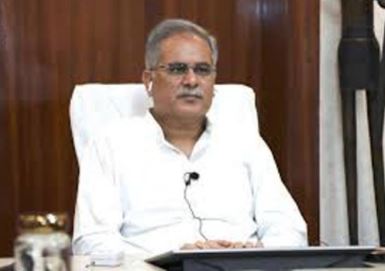 Bhupesh Baghel, who is on a tour of Bilaspur division from January 2, will visit Janjgir-Champa tomorrow, where he will be involved in various programs including inauguration, bhoomipujan and general assembly. On January 6, the Chief Minister will be visiting the Gorella-Pendra-Marwahi district. On January 5, Chief Minister Baghel will depart from Satrenga in Korba district at 10.30 am to reach village Polmi in Pali tehsil. After this, the Chief Minister will reach village Auraikala of Baloda, block development of Janjgir-Champa district at 12.10 pm and inspect Gauthan here and after discussion with self-help groups at 12.45 pm, inspect the paddy procurement center in village Sarkhas of block Nawagarh. The Chief Minister will attend the Kisan Sammelan at the High School Ground of the District Headquarters at 1.15 pm and inaugurate and lay the foundation stone for various development works. The Chief Minister will observe the beautification of Bhima Talab at 4.50 pm after observing the Divyang School and Library. They will meet and discuss the heads of various organizations, heads of society, public representatives, youth delegations and officials at 4.45 pm. Baghel will rest the night in Janjgir-Champa. On January 6, the Chief Minister will depart from Circuit House Janjgir-Champa at 11 am to reach Pandri and from there by helicopter will reach Gram Panchayat Jogisar of Gorela Pandra Marwahi district at 12.15 pm. Where they will inspect the Narva Stopdem and meet the Women’s Self Help Group. After this, the Chief Minister will reach the village Danikundi of Marwahi block of development at one o’clock by helicopter and address the general assembly after distributing material and checks in various development works. They will inspect the Miscellaneous Facility cum Price Promotion Center at Danikundi at 2.15 pm and will meet and discuss with various organization heads, community heads, public representatives, youth delegations and officials from 3.15 pm. The Chief Minister will depart from Danikundi at 4 pm and return to Raipur at 5 pm.