Bhupesh Baghel will campaign with Rahul in Assam in seven 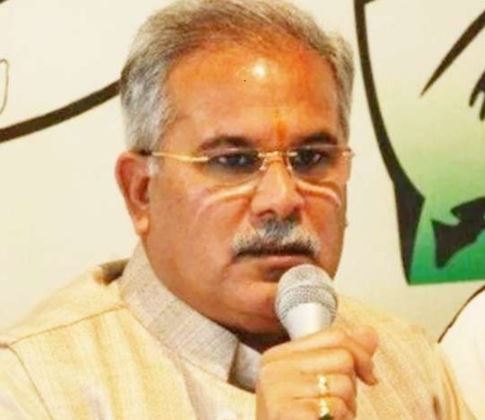 During his two-day stay in the capital New Delhi, Chief Minister Bhupesh Baghel also met former party president Rahul Gandhi. The meeting lasted for about an hour between the two. During this, there was a discussion about the upcoming Assam assembly elections.

After returning from Delhi, while talking to reporters at Raipur Airport, CM Baghel said that Rahul Gandhi had a discussion about the election. The CM said that he will be going to Assam on February 7, to participate in the election campaign along with Rahul Gandhi.
The Congress party has appointed Chief Minister Bhupesh Baghel as the chief observer of the party for the Assam assembly elections. The party has given this responsibility to Baghel only last month. After getting the responsibility, CM has also visited Assam once. During the two-day stay on 18 and 19 January, Baghel has met and met party workers there and reviewed the situation there.

On one hand, the party has appointed CM Baghel as its chief election observer. At the same time, Vikas Upadhyay, MLA from Raipur West seat, has been appointed as the in-charge secretary there. Because of this, the result of the Assam assembly elections will also be important for the Chhattisgarh Congress. This is the reason why the Chief Minister has activated his team in Assam. Upadhyay along with CM’s advisers Vinod Verma, Rajesh Tiwari, Ruchir Garg, Surendra Sharma and Arun Bhadra are preparing the cadres for election at the booth level.