Bhupesh Baghel said – there is no alternative to non-violence, people get bored with violence 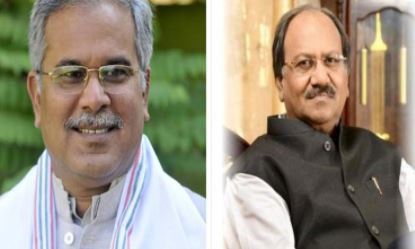 Bhupesh Baghel has reached Gandhi Sevagram Ashram in Wardha on Thursday. Here he joined the training camp. During this, he said that there is no alternative to non-violence, people are bored with violence. Naxalite incidence has come down in two years. Dealing with Naxalites is winning the trust of tribals. We are working on development in the Naxalite region with confidence. Small forest produce and food processing plants are being set up in Naxalite areas. The same CM’s statement has been overturned by the opposition party BJP. Former minister Brijmohan Agrawal retorted the CM’s statement and said that Congress is the mother of Naxalism. Naxalites should answer the bullet with the bullet. Instead of 1 martyr, 10 Naxalites should be killed. Naxalism will not end with Congress policy. The government should focus on joint operations.