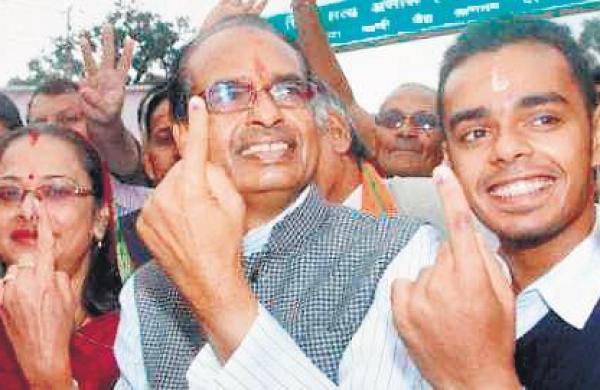 Express News Service
CM Chouhan’s son Kartikey not to enter politicsSpeculations about CM Shivraj Singh Chouhan’s elder son Kartikey Chouhan’s entry into politics has ended for the time being. At a recent public meeting at Budhni in Sehore district, the law graduate Kartikey made an emotional speech announcing that he had plans to pursue post graduate studies abroad. He has been taking care of his father’s assembly seat since 2018 after completing his graduation in law and had actively campaigned for the BJP in 2018 assembly polls, 2019 LS polls and the Nov 2020 crucial assembly by-polls.

Fake letters of BJP MPs & MLAs recommend transfersBhopal Police crime branch has started a probe into the use of fake letters in the name of BJP MPs and MLAs, recommending transfers of teachers, tehsildars and hospital nurses in MP. The CMO had asked cops to probe the issue that made recommendations on fake letterheads of MPs including Pragya Thakur, Rodmal Nagar and Mahendra Solanki, besides the ex-minister Rampal Singh. These letters bearing forged signatures were received at the CMO over the last ten days. Importantly, some of the government department employees whose transfers have been recommended in these letters have made it clear that they had never approached any lawmaker for any transfer. The transfer window is open till Aug 7.

Who to succeed Thawar Chand Gehlot in RSRS?While the BJP is yet to decide on who will succeed ex-union minister and newly appointed Karnataka Governor Thawar Chand Gehlot in the Rajya Sabha from Madhya Pradesh, names of some political biggies from MP and a few newly inducted union ministers are doing rounds in the BJP. The names include BJP’s National General Secretary Kailash Vijayvargiya and the party’s National President of SC cell Lal Singh Arya. There is also a strong possibility of the party sending any of the two new union ministers Sarbanand Sonowal or L Murugan to the RS. The Election Commission, however, is yet to declare the date for the election to the RS seat from MP vacated by Gehlot after being appointed as the Governor.

Arun Yadav’s electoral prospects in threatEx-Congressman Surendra Singh ‘Shera Bhaiya’ pitched for a Congress ticket for his wife in Khandwa LS by-poll threatening the prospects of former state Congress president Arun Yadav, who had plans to contest from the same seat. He had lost the last two general elections to the BJP veteran Nandkumar Singh Chauhan, whose death necessitated the by-poll. Surendra Singh who had won from Burhanpur district in 2018 assembly polls after being denied ticket by the Congress has family association with the Khandwa LS seat as it has been twice represented by his father and brother in the past.