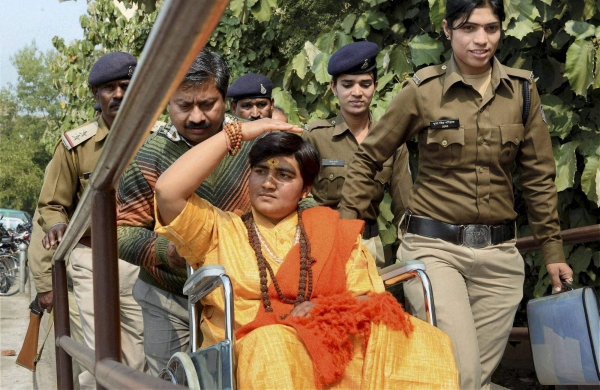 By PTI
BHOPAL: Bhopal MP and BJP leader Pragya Singh Thakur was on Saturday airlifted to Mumbai for treatment after she complained of uneasiness, her aide said.

Thakur complained of uneasiness around 3.00 pm and was taken to the airport from her residence here and rushed to Mumbai in a state aircraft, her aide Sandeep Shrivastava said.

She was being admitted to Kokilaben Hospital in Mumbai, he added.

Thakur, an accused in the 2008 Malegaon blast case, had recently got exemption from daily appearance in the court in Mumbai on the grounds of ill-health and security issues.

She had been admitted to the All India Institute of Medical Sciences (AIIMS), New Delhi for some health issues after the recent Parliament session concluded and returned to Bhopal on March 1, Shrivastava said.

Her lawyer JP Mishra said in Mumbai that she was being admitted to a hospital in the city.