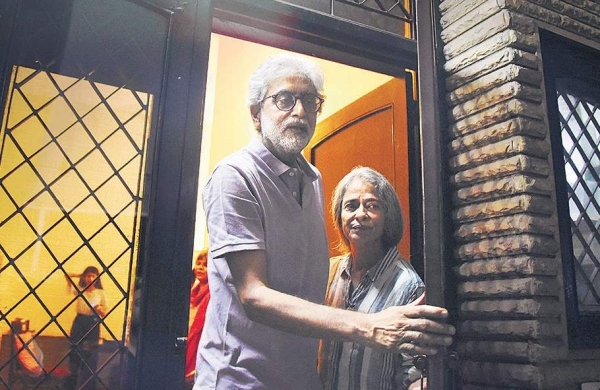 By PTI
NEW DELHI: The Supreme Court Monday asked NIA to file response by March 19 on the bail plea of activist Gautam Navlakha in the alleged Elgar Parishad-Maoist link case.

A bench comprising justices U U Lalit and K M Joseph took note of the submission of Additional Solicitor General S V Raju that the National Investigation Agency (NIA) be granted time to file its response to Navlakha’s bail plea and fixed the case for hearing on March 22.

The activist had moved the top court on February 19 against the Bombay High Court order of February 8 dismissing his bail plea.

Navlakha has been seeking statutory bail under the Code of Criminal Procedure (CrPC) on the ground that the NIA did not file the charge sheet within the stipulated 90-day period making him entitled for grant of default bail.

The high court, however, had held that the 34 days of Navlakha’s house arrest cannot be computed as the time spent in jail for granting him statutory bail.

The high court had said that “it sees no reason to interfere with a special court’s order which earlier rejected his bail plea”.

According to police, some activists allegedly made inflammatory speeches and provocative statements at the Elgar Parishad meet in Pune on December 31, 2017, which triggered violence at Koregaon Bhima in the district the next day.

Police also alleged that the event was backed by some Maoist groups.

The NIA is conducting a probe into the case.

Navlakha had approached the high court last year, challenging the special NIA court’s order of July 12, 2020 that rejected his plea for statutory bail.

On December 16 last year, the high court bench reserved its verdict on the plea filed by Navlakha, seeking statutory or default bail on grounds that he had been in custody for over 90 days, but the prosecution failed to file a charge sheet in the case within this period.

The NIA had argued that his plea was not maintainable, and sought an extension to file the charge sheet.

The special court had then accepted NIA’s plea seeking extension of 90 to 180 days to file the charge sheet against Navlakha and his co-accused, activist Anand Teltumbde.

Navlakha’s counsel had told the high court that the NIA was granted the extension to file its charge sheet.

Senior advocate Kapil Sibal had said Navlakha had already spent 93 days in custody, including 34 days of house arrest, and that the high court must count house arrest as a period of custody.

While he was under house arrest, Navlakha’s personal liberties remained curtailed, Sibal had said.

However, Additional Solicitor General S V Raju, who appeared for the NIA, had argued that Navlakha”s house arrest could not be included in the time spent in the custody of police or NIA, or under judicial custody.

Raju argued that the Pune police arrested Navlakha in August 2018, but had not taken him into custody.

He had said the accused remained under house arrest, and the Delhi High Court quashed his arrest and remand order in October 2018.

The FIR against him was re-registered in January 2020, and Navlakha surrendered before the NIA on April 14.

He spent 11 days in the NIA’s custody till April 25, and since then he has been in judicial custody in the Taloja jail in neighbouring Navi Mumbai.

Raju had argued that if the court looked from the other angle, it would see that if he (Navlakha) was arrested on August 28, 2018, he should have been enlarged on bail.

”He was a free man till April 2020. He was neither on bail nor in custody. There cannot be a gap in the custody and detention period, Raju had said.