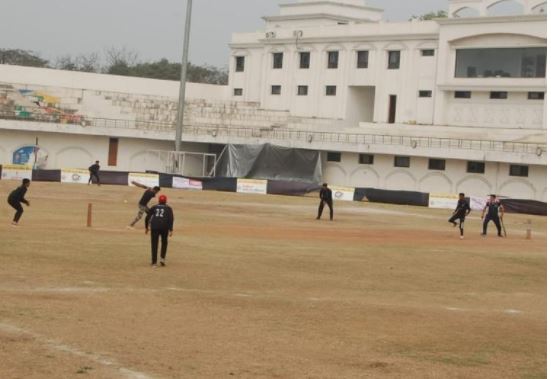 Bhilai’s team has also reached the semi-finals of the Kayastha Premier Cricket League. The finals will be played on Sunday. Two matches were played on Friday. The first match was played between The Srivastava and Kayastha Warriors Mahasamund. Playing first, The Srivastava team managed to score 86 runs in the scheduled overs. Adarsh ​​Srivastava scored the most 20 runs from the team.

Shubham Srivastava took four wickets in four consecutive hairs for Kayastha Warriors. Also scored the second hat-trick of this tournament. Kayastha Warriors Mahasamund’s team, which played in response, could only score 76 runs in the scheduled overs and lost the match by 10 runs.

Akash Srivastava scored the highest 32 runs for Kayastha Warriors. Sahil Srivastava took the most three wickets from The Srivastava. He was given the Man of the Match award for his all-rounder performance.