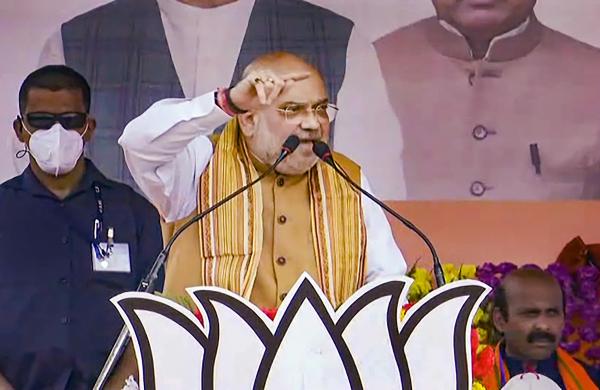 If voted to power, Shah said the BJP would constitute a committee to probe the alleged siphoning off relief funds.

“The central government had sent relief funds for the affected people.

But the TMC leaders siphoned off the funds and did not allow it to reach them.

“If we are voted to power, the BJP will constitute an inquiry committee to probe corruption in disbursement of funds. All those involved in scam would be sent to jail,” he said while addressing the election rally here.

He attacked Chief Minister Mamata Banerjee and her government for “not allowing implementation of central schemes in the state”.

Shah alleged that Banerjee has been working only for her nephew’s welfare instead of the common people.

“Didi is only interested in making his nephew the next chief minister. Do you want the nephew to be the CM? If not, then vote for the BJP,” he said.

The Union minister said the BJP is ready to take on the “goons and syndicates” of the ruling TMC.

“We have to end this syndicate rule of the TMC. We will end this culture,” he said.

Elections to the 294 assembly seats will be held in eight phases from March 27 to April 29.