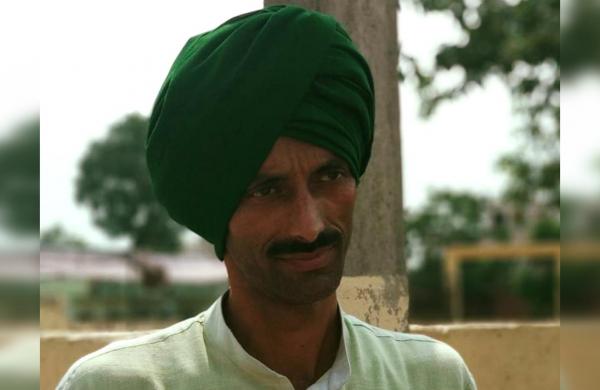 By PTI
BIJNOR: Bharatiya Kisan Union (Youth) president Digamber Singh on Tuesday accused political parties of trying to usurp the platform of farmers’ agitation against the three central laws to spoil the atmosphere of peaceful protests.

Singh made the allegation amid BKU’s senior leader Rakesh Tikait, camping at Ghazipur’s Uttar Pradesh Gate on Delhi-Uttar Pradesh border, asserting that farmers’ protest is apolitical and no politician has been given the mic or space on farmers’ stage.

Tikait made the assertion after an off-the-stage meeting with Shiv Sena leader Sanjay Raut at the farmers’ protest site at Ghazipur.

The president of BKU (Youth), which organised a Kisan Samman Mahapanchayat on Monday in Bijnor, told PTI, “The movement going on Delhi borders is only by the farmers but the leaders of political parties want to usurp the platform by creating pressure through their supporters.On Monday too, due to a noisy protest by a group of people present in the crowd, one of their leaders had to be called on the stage of the Mahapanchayat to handle the situation.”

“A prominent opposition leader in Uttar Pradesh had asked for permission to attend the Kisan Samman Mahapanchayat held in Bijnor on Monday but was flatly denied,” he said, adding “the atmosphere is getting worse”.

While generally keeping political parties away from the farmer agitation, the BKU (Y) on Monday had allowed RLD leader Jayant Chaudhary on its Kisan Samman Mahapanchayat platform in Bijnor.