Better facilities for preparing for examinations even in remote Vananchal 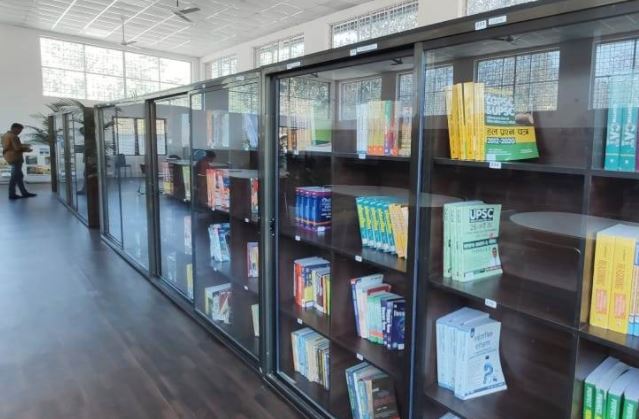 Every youth wants to do something by contributing to the progress and development of the country. In this competitive era, every youth wants to be two steps ahead of others, for which they are constantly working tirelessly. In the end of the state, there is this chaos even among the youth of Sukma district surrounded by dense forest, river, mountain. If someone wants to improve the society by becoming an administrative officer, then by becoming a doctor or engineer, he wants to contribute in the interest of the country. Sukma also has an abundance of youths who want to spend their lives in the upliftment of the country, state and society by occupying such high positions. Due to Naxal violence for a long time, the pace of development here has been slow.
It is noteworthy that Chief Minister Shri Bhupesh Baghel had met the youth of the Vivekananda Yuva Shakti Kendra Study Circle during his stay in Sukma recently and had inspired him to work hard for a better future. The Swami Vivekananda Yuva Shakti Kendra has been started with the aim of providing a better environment of education to the youth of the district and to give their talent a talent and give a right direction. A well equipped gymnasium has also been set up at the Yuva Shakti Kendra, along with the Granthalaya and Study Club, for the reading and writing of talented youth of the district. So that youth can make themselves healthy and healthy too.
The youth of Sukma district are now spending most of their time in the library. This library, built at a cost of 60.41 lakh, has about 3000 books in various subjects as well as 06 computers so that the student can access the information of the country and abroad through books through internet. 25-year-old Shiv Kumar, who is preparing for the Union Public Service Commission examination, said that he is preparing for the administrative service examinations after completing his graduation. He often had to go to Jagdalpur or Raipur to get good books, but now he gets all the necessary books from the beginning of the library at the district headquarters. They spend 6 hours every day in the library, making good use of their time. Kumari Sangeeta, who is preparing for competitive examination, said that enough books have been provided by the district administration to prepare for all competitive examinations in the library. Along with this, books of engineering, medical, net etc. are also available, which is being given to the students of Sukma. Adarsh ​​Mishra, who is preparing for UPSC exams, said that the library has books of competitive examinations as well as a variety of books including literary, novel, philosophical, arithmetic as well as newspapers and important magazines like Kurukshetra, Planning, Event cycle etc. Not only are the youth getting help in preparing for the examinations, but the youth are getting help in basic construction.