Bengaluru vs Kolkata :Both teams have a chance to strengthen the place for the play-offs 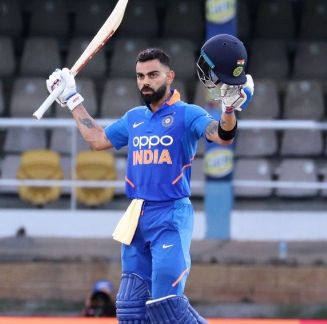 The 39th match of the 13th season of IPL will be played between Royal Challengers Bangalore (RCB) and Kolkata Knight Riders (KKR) in Abu Dhabi from 7.30 pm today. Both teams in the top-4 of the points table have a chance to strengthen the place for the play-offs. If RCB wins the match, it will reach number-2. RCB are currently at number three in the points table, winning 6 out of 9 matches. At the same time, KKR retained the fourth position by winning 5 out of 9 matches. Both teams are winning their respective previous matches. Both teams are face to face for the second time in the season. In the previous match, Bengaluru defeated Kolkata by 82 runs. RCB scored 194 runs in the match played in Sharjah. In response, KKR could score only 119 runs.RCB’s top-4 batsmen are in excellent form. He has scored more than 200 runs in 9–9 matches for the team so far. Captain Virat Kohli has the highest record of 347 runs. In bowling, Yuzvendra Chahal, Chris Morris, Isuru Udana and Washington are bowling beautifully. Chahal has taken 13 wickets for the team so far.