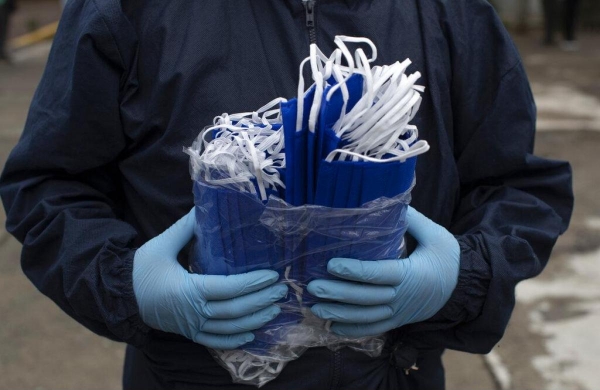 By PTI
KOLKATA: West Bengal on Saturday reported the highest one-day COVID-19 deaths with 103 people succumbing to the infection, the health department said in a bulletin.

The discharge rate slipped to 84.86 per cent.

Of the fresh fatalities, 26 were reported from North 24 Parganas district and 19 from Kolkata.

The remaining deaths were registered in several other districts.

The bulletin said that out of the 103 deaths, 51 were due to comorbidities where COVID-19 was incidental.

Meanwhile, the West Bengal government has decided to start inoculating people in the age group of 18-44 years after considering all concerns and when the supply of vaccine is comfortable, a health department official said on Saturday.

The government will now focus on giving first and second doses of the vaccine to people above 45 years, he added.

Meanwhile, two persons, both patients of COVID-19, were found dead at their residences here on Saturday, a police officer said.

One of them, an octogenarian, apparently hanged himself from the ceiling fan on the ground floor of his two- storey home in Purba Putiyari area here, the officer said.

According to the officer, Barindra Kumar Kar, a resident of Babupara in Purba Putiyari area, may have been under “severe stress” as he was undergoing home isolation.

“The deceased was COVID-19 positive. We are waiting for his post mortem report,” the officer said.

In the city’s Fern Road area, the police recovered the body of a 49-year-old woman from her flat.

The woman, identified as Sandhya Mahato, had tested positive for COVID-19 recently.

“She stayed alone in the flat. Neighbours did not reach out to her over the past few days for fear of infection. We broke open the door to find the woman lying dead in her home,” the officer added.