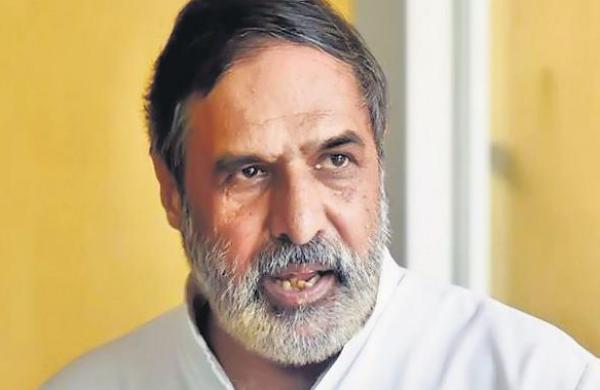 By Express News Service
NEW DELHI: In open dissent against the Congress-Left-Indian Secular Front (ISF) alliance in West Bengal, senior party leader Anand Sharma, who is part of the ‘G-23’, said that the tie-up was against the party’s core ideology and Gandhian-Nehruvian secularism, which forms the soul of the party.

Sharma said such issues needed to be approved by the Congress Working Committee, the party’s highest decision making body. Interestingly, the outburst by the Rajya Sabha MP came on a day the party high command appointed former Maharashtra chief minister Prithviraj Chavan, who is also part of G-23, as member of screening committee for Assam polls.

A small group of G-23 leaders had met in Jammu last week and said the Congress had weakened and that they were never consulted on issues related to the elections. Sharma directly targeted West Bengal Congress president Adhir Ranjan Chowdhury for the alliance. “The Congress cannot be selective in fighting communalists, but must do so in all its manifestations, irrespective of religion and colour. The presence and endorsement of West Bengal PCC president is painful and shameful. He must clarify,” the former union minister said.

On Sunday, the Abbas Siddiqui-led ISF held a mega rally in Kolkata that was attended by Chowdhury, along with other Congress and Left leaders. AICC in-charge for West Bengal Jitin Prasada, another member of the G-23, was also present at the rally. The ISF has been brought into the alliance by the Left Front.

The internal turmoil in the Congress intensified after a group of 23 party leaders wrote to Sonia Gandhi in August 2020 over the need for organisational elections. The party has announced to hold the organisational polls in May.