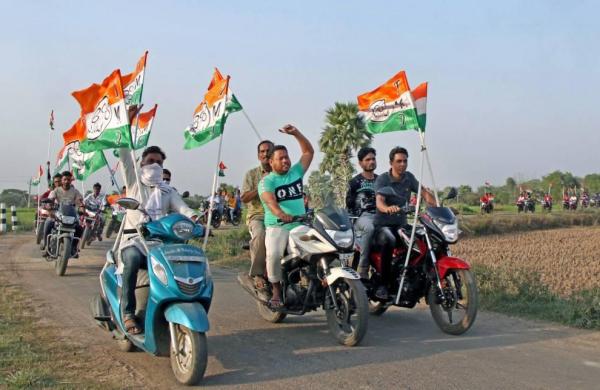 By ANI
NORTH 24 PARGANAS: TMC MLA Nirmal Ghosh has alleged that miscreants backed by the BJP hurdled bombs in the Panihati area on Saturday night.

According to TMC workers, BJP miscreants hurdled bombs on BT Road in Panihati after the polling for the fifth phase ended on Saturday. The miscreants threw the bombs from running vehicles and fled immediately.

However, the local BJP workers denied the allegations.

Police reached the spot after the information. The investigation is underway.

In another incident, BJP workers were allegedly attacked by TMC workers in the Madhyamgram area on Saturday night after the conclusion of polls. Four BJP workers sustained serious injuries in the incident.

The polling in the Panihati and Madhyamgram assembly constituencies were held on Saturday during the fifth phase of the West Bengal assembly elections.

The state has a history of violence during elections. Keeping this in mind, the Election Commission has been conducting this year’s assembly polls in eight phases.