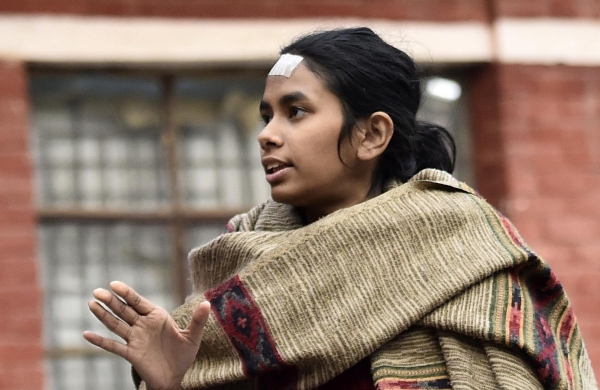 Most of their young candidates are from the world of films and TV serials.

The Left in contrast has chosen a different path.

After being criticised for years for being unable to unearth new faces, CPI(M) has fielded a number of youngsters, mostly present or former leaders of the party’s student wing.

Among the seven young faces of CPI(M), Aishe Ghosh and Dipsita Dhar are research scholars of Delhi’s Jawaharlal Nehru University and known as firebrand student leaders.

The rest are prominent faces visible in recent movements against the Centre and state government.

Continuing the trend in Bengal politics introduced by TMC in 2011, the ruling party has fielded eight actors. Following in its footsteps, BJP have pitted five from the Bengali movie and TV serial circuit.

For the Nandigram seat, where Chief Minister Mamata Banerjee is taking on BJP’s Suvendu Adhikari, CPI(M) has fielded the 36-year-old Minakshi Mukherjee, state president of Democratic Youth Federation of India.

ALSO READ | From JNU to Jamuria: Aishe Ghosh to test her brand of politics in Bengal polls

“The youth, working class and women are hitting the streets against state-sponsored corruption,” said Minakshi.

President of the JNU students’ union, who was injured in an attack on the campus, Aishe is contesting from Jamuria in West Burdwan.

Dishita, a PhD scholar at JNU, is a candidate from Bally in Howrah. Pritha Tah, 28-year-old daughter of CPI(M) leader Pradip Tah who was murdered in 2012, is contesting from Bardhaman South.

“It’s not about personal grief or hatred against the killers of my father. In communism, one doesn’t inherit any personal agenda. One inherits the will to fight against class oppression,’’ said Pritha.

In the elections held in Bengal from 2011, TMC often opted for actors.

Taking a leaf out of Mamata’s book, BJP too has given tickets to actors Anjana Basu, Payel Chakrabarty, Yash Dasgupta, Hiranmoy Chakrabarty and Anjana Basu.

Taking on Basu in Sonarpur Dakshin is TMC’s Lovely Maitra, a face from TV serials. Political observers find inclusion of youngsters in CPI(M)’s list to be a new trend.

“Young candidates have broader perspective. This may not secure satisfactory electoral dividend immediately, but in future it will deliver a message to the youth,’’ said Bishnupriya Dutta Gupta, a professor of political science.