Bengal polls: Rath yatras will be held no matter what, says Amit Shah 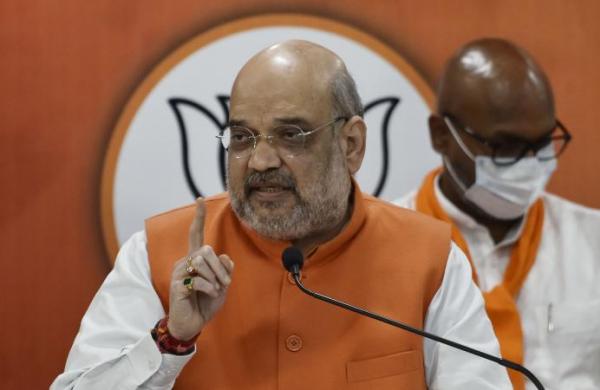 BJP’s state president Dilip Ghosh said the party might move to the court if the state government denies permission.

Shah’s instruction came during the meeting with senior BJP leaders from Bengal in New Delhi on Tuesday. Sources in the saffron camp said Shah himself will be present in one of the yatras which will start from Cooch Behar in North Bengal on February 11.

“Our high-command had planned the ‘Parivartan Yatra’ as part of the party’s state-wide campaign urging electorates to support the BJP for the change of guard in West Bengal in 2021. So the national leadership decided to take an aggressive stance to carry out the event,” said a senior BJP leader.

“The first Yatra from Nabadwip in Nadia district will be inaugurated by our national president JP Nadda on February 6. Amitji will be present in Cooch Behar on February 11,” said Vijayvargiya.

Sources in the BJP said the decision on Shah’s presence in the Cooch Behar yatra was taken eyeing the upcoming Assembly elections. “We showed aggressive onslaught in north Bengal in the 2019 Lok Sabha elections by bagging seven seats out of eight. Cooch Behar district has nine Assembly constituencies and we secured the lead in eight of them. Among the electorates in the nine constituencies, more than 30% belong to Scheduled Caste and Scheduled Tribe communities which supported us. We want to retain the vote-share and this is why we wanted Shah to be present in the region,” said a senior BJP leader.

With the rath yatras, the Bengal BJP has planned to launch the party’s aggressive poll-campaign. The Yatras from five points will travel across all 23 districts in the state and the party workers have been directed to carry out campaigns in all 294 Assembly constituencies.

Responding to BJP’s application seeking a nod for the yatras, the state home secretary’s office said it was not under the state secretariat’s authority and therefore, the party should apply to the local administrations where they wanted to carry out the event.